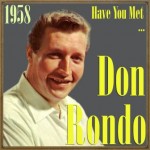 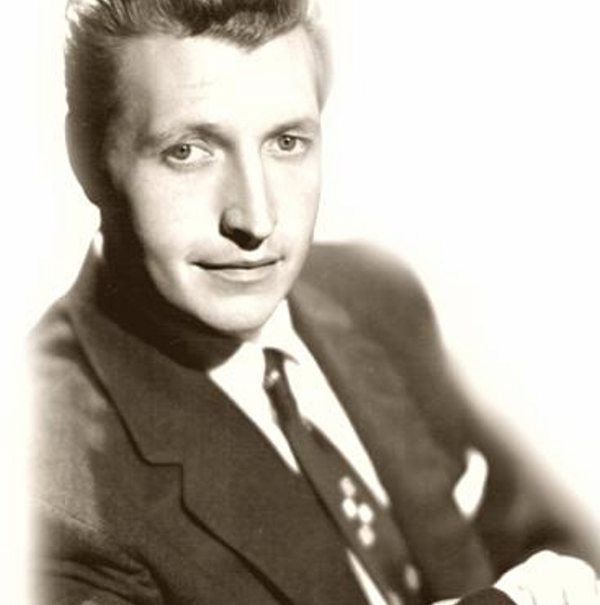 Don Rondo, born in Ware, Massachusetts, first became popular following the 1956 release of his rendition of the song “Two Different Worlds”. Released by Jubilee Records in October 1956, the song spent three months on the Billboard chart, peaking at #11. It eventually went on to sell in excess of a million copies, and established Don Rondo at a time when music of his genre was facing strong competition from rock and roll. Among his television appearances was a 1956 appearance on the TV game show, To Tell the Truth.

Because of the success of “Two Different Worlds”, Jubilee quickly followed it up with another release, a double A-side, “The Love I Never Had” and a cover of Elvis Presley’s song, “Don’t”. However, this fared less well, and a third single, “On Forgotten Street” also failed to make an impact.

Changing tempo in 1957, his next release was a cheerful number, “White Silver Sands”, written by Red Matthews, and which provided him with a #7 chart hit, The song actually became Jubilee’s biggest selling hit, and another million-seller, but the gold disc winning “White Silver Sands” was to be Rondo’s last major hit.

On the B-side of this record was the jazz classic Stars Fell on Alabama. Other releases followed, including “There’s Only You” and “Forsaking All Others”, but these barely made it into the charts.

After leaving Jubilee, Don Rondo signed with Atlantic Records, where he released another double A-side, “Malibu” / “So Did I”. He also recorded songs for Carlton Records, Roulette and Decca. Among his Carlton releases were “A Hoot ‘n A Holler”, while his Roulette recordings included “The Golden Rule”. Among his Decca recordings are “Beyond The Mighty River” and “Evening Star.”

None of these achieved the success of his early Jubilee material, however, and musical tastes had, by then, dramatically shifted. By the mid-1960s, Don Rondo had moved into broadcasting.

He did a number of voiceovers for radio and television commercials, and in his later years, became a radio personality in New Hampshire. Don Rondo died January 27, 2011 after a year-long battle with lung cancer