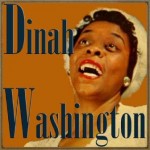 What a Diff'rence a Day Made, Dinah Washington 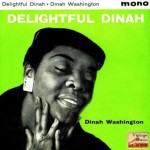 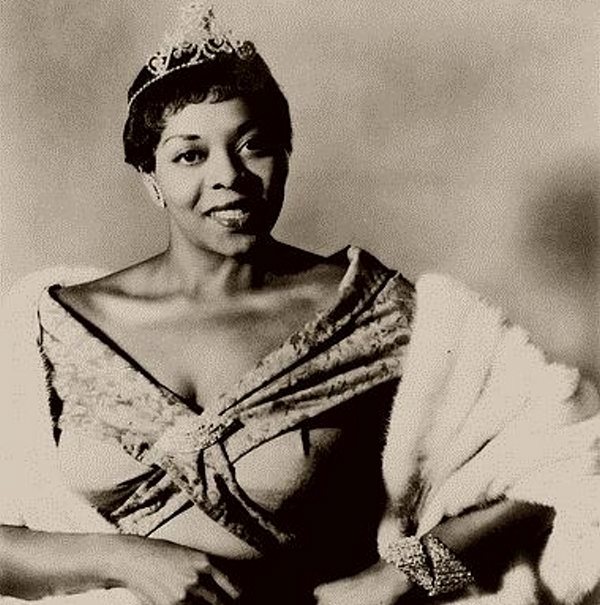 Dinah Washington, born Ruth Lee Jones (August 29, 1924 – December 14, 1963), was an American Pianist, Blues, R&B, Gospel, Pop and Jazz singer. She has been cited as “the most popular black female recording artist of the ’50s”, and called “The Queen of the Blues”. She is a 1986 inductee of the Alabama Jazz Hall of Fame, and was inducted into the Rock and Roll Hall of Fame in 1993.

Ruth Jones was born in Tuscaloosa, Alabama, United States, and moved to Chicago as a child. Dinah became deeply involved in gospel and played piano for the choir in St. Luke’s Baptist Church while she was still in elementary school. She sang gospel music in church and played piano, directing her church choir in her teens and being a member of the Sallie Martin Gospel Singers. She sang lead with the first female gospel singers formed by Ms Martin, who was co-founder of the Gospel Singers Convention. Jones’ involvement with the gospel choir occurred after she won an amateur contest at Chicago’s Regal Theater where she sang “I Can’t Face the Music”.

After winning a talent contest at the age of 15, she began performing in clubs. By 1941-42 she was performing in such Chicago clubs as Dave’s Rhumboogie and the Downbeat Room of the Sherman Hotel (with Fats Waller). She was playing at the Three Deuces, a jazz club, when a friend took her to hear Billie Holiday at the Garrick Stage Bar. Joe Sherman was so impressed with her singing of “I Understand”, backed by The Cats and The Fiddle, who were appearing in the Garrick’s upstairs room, that he hired her. During her year at the Garrick – she sang upstairs while Holiday performed in the downstairs room – she acquired the name by which she became known. She credited Joe Sherman with suggesting the change from Ruth Jones, made before Lionel Hampton came to hear Dinah at the Garrick.  Hampton’s visit brought an offer, and Dinah went to work as his female vocalist in 1943 after she had sung with the band for its opening at the Chicago Regal Theatre. She sang with the Hampton band for two years.

She made her recording debut for the Keynote label that December with “Evil Gal Blues”, written by Leonard Feather and backed by Hampton and musicians from his band, including Joe Morris (trumpet) and Milt Buckner (piano). Both that record and its follow-up, “Salty Papa Blues”, made Billboard’s “Harlem Hit Parade” in 1944.
She stayed with Hampton’s band until 1946 and, after the Keynote label folded, signed for Mercury Records as a solo singer. Her first record for Mercury, a version of Fats Waller’s “Ain’t Misbehavin'”, was another hit, starting a long string of success. Between 1948 and 1955, she had 27 R&B top ten hits, making her one of the most popular and successful singers of the period. Both “Am I Asking Too Much” (1948) and “Baby Get Lost” (1949) reached Number 1 on the R&B chart, and her version of “I Wanna Be Loved” (1950) crossed over to reach Number 22 on the US pop chart.[8] Her hit recordings included blues, standards, novelties, pop covers, and even a version of Hank Williams’ “Cold, Cold Heart” (R&B Number 3, 1951). At the same time as her biggest popular success, she also recorded sessions with many leading jazz musicians, notably Clifford Brown on the 1954 live album Dinah Jams, and also recorded with Cannonball Adderley, Clark Terry, and Ben Webster.

In 1959, she had her first top ten pop hit, with a version of “What a Diff’rence a Day Makes”, which made Number 4 on the US pop chart. Her band at that time included arranger Belford Hendricks, with Kenny Burrell (guitar), Joe Zawinul (piano), and Panama Francis (drums). She followed it up with a version of Nat “King” Cole’s “Unforgettable”, and then two highly successful duets in 1960 with Brook Benton, “Baby (You’ve Got What It Takes)” (Number 5 pop, Number 1 R&B) and “A Rockin’ Good Way (To Mess Around and Fall in Love) (# 7 pop, # 1 R&B). Her last big hit was “September in the Rain” in 1961 (Number 23 pop, Number 5 R&B).

Washington was well known for singing torch songs.[9] In 1962, Dinah hired a male backing trio called the Allegros, consisting of Jimmy Thomas on drums, Earl Edwards on sax, and Jimmy Sigler on organ. Edwards was eventually replaced on sax by John Payne. A Variety writer praised their vocals as “effective choruses”.
Washington’s achievements included appearances at the Newport Jazz Festival (1955–59), the Randalls Island Jazz Festival in New York City (1959), and the International Jazz Festival in Washington D.C. (1962), frequent gigs at Birdland (1958, 1961–62), and performances in 1963 with Count Basie and Duke Ellington.
Performing at the London Palladium, with Queen Elizabeth sitting in a box, Washington told the audience: “There is but one Heaven, one Hell, one queen, and your Elizabeth is an imposter.”

Washington was married seven times. Her husbands were John Young (1942–43), George Jenkins (1946), Robert Grayson (1947), Walter Buchanan (1950), saxophonist Eddie Chamblee (1957), Rafael Campos (1961), and pro football player Dick “Night Train” Lane (1963). She had two sons: George Kenneth Jenkins and Robert Grayson.
Early on the morning of December 14, 1963, Washington’s seventh husband Lane went to sleep with his wife, and awoke later to find her slumped over and not responsive. Doctor B. C. Ross came to the scene to pronounce her dead. An autopsy later showed a lethal combination of secobarbital and amobarbital, which contributed to her death at the age of 39. She is buried in the Burr Oak Cemetery in Alsip, Illinois.