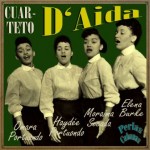 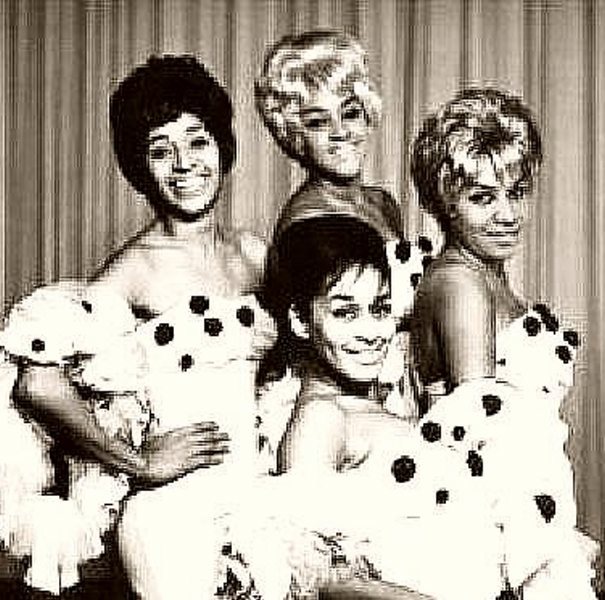 The Cuarteto d’Aida was a famous Cuban female singing group. It was founded and directed by the pianist Aida Diestro (1924–1973) in 1952. Diestro picked four brilliant young singers to form the group: Elena Burke, Moraima Secada and the sisters Omara and Haydée Portuondo. One of the group, Omara, is still alive and performing today; she was brought back into prominence as part of the Buena Vista Social Club phenomenon.

The Cuarteto d’Aida was part of a post WWII musical fashion known as filín (feeling). This was a post-microphone jazz-influenced song movement related to close-harmony groups. They could sing any type of Cuban song, though the bolero was central to their style. The group was constantly heard on the radio, and toured many countries both before and after the Cuban revolution. Amazingly, the original group only made one LP record. Recordings after 1960 did not include any of the original singers.

When any of the girls left, or were otherwise unavailable, substitutes were found, many of them also highly talented. Teté Caturla (Teresa García Caturla) joined them in 1963, and led them after Aida’s death in 1973. Leonora Rega, Marisela Ramirez, Georgina Sánchez, Rosa Sánchez, Magaly Linares, Niurka Galarraga, and Betty Tamayo are others who have sung with the group