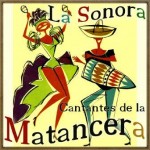 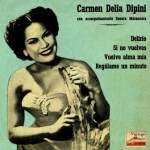 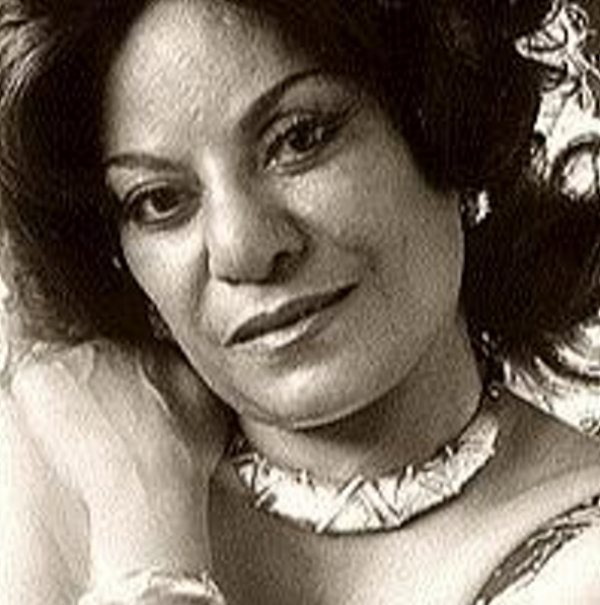 Born in Naguabo, Puerto Rico, Carmen Delia Dipini often entertained her family and friends as a child with her singing. She attended the Eugenio Brac Elementary School where one of the teachers, Mrs. Brenes, realized that Dipini was talented as a singer and encouraged the 7-year-old student to become a singer. In 1941, when she was 14 years old, Dipini went with her parents to San Juan with the intention of participating in a radio talent show. As a result she would make her radio singing debut on the radio program of Rafael Quiñones Vidal.

You may listen to Carmen Delia Dipini sing “Amor Perdido” here
In 1948, Carmen Delia Dipini , who had befriended fellow Puerto Rican singer Ruth Fernández, left for New York City at her friend’s recommendation. While in New York, she participated and won the first place prize in a talent show held at the Triboro Theater. Part of the prize was a singing contract with Johnny Albino and The San Juan Trio and she would go on to record her first “hit” “El Día que nací yo” (The Day I was Born) with the trio.

While in New York she worked in various theaters and nightclubs. She received an offer from another recording company, Casa Seeco, and recorded a tango titled “Besos de Fuego” (Kisses of Fire) which earned her international acclaim. She later joined Johnny Rodriguez’s band for whom she sang and recorded the following songs:
“Fichas Negras” (Black Chips),
“Son Amores” (Loves),
“Dimelo” (Tell Me),
“Experiencia”,
“Si No Vuelves” (If You Don’t Return) and
“No Es Venganza” (It’s Not Vengeance).

She had many fans in places as far as Venezuela and Mexico. Carmen Delia Dipini lived in Mexico for seven years and was contracted by both Columbia Records and RCA Records. One of her “hits” with RCA was “Especialmente para Tí” (Especially for You).

When she returned to Puerto Rico, she joined Tito Rodríguez and later recorded “Somos el Projimo”, the Hispanic version of “We Are The World”. She also recorded a tribute to Sylvia Rexach with the quartet, Los Hispanos. Among her last recordings were the songs “Amor Perdido” (Lost Love) and “Congoja”. She had made over 30 albums in her lifetime.