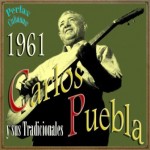 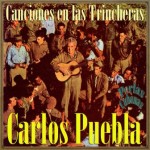 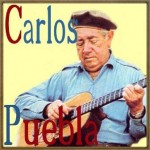 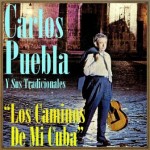 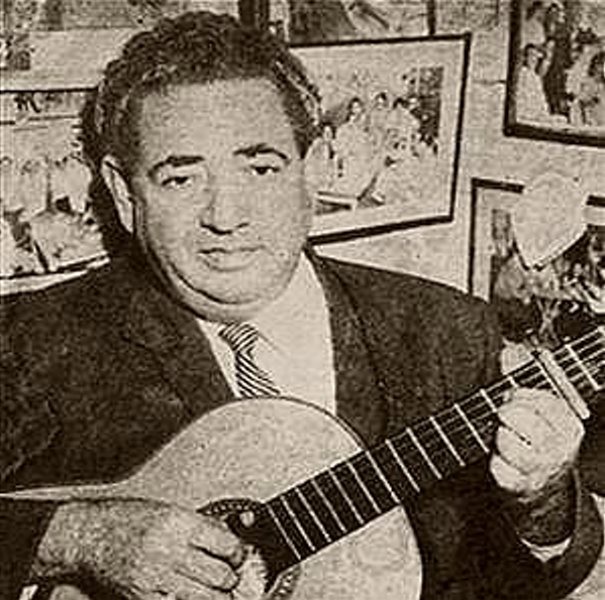 Carlos Puebla, Carlos Manuel Puebla (11 September 1917, Manzanillo – 12 July 1989, Havana) was a Cuban singer, guitarist, and composer. He was a member of the old trova movement who specialized in boleros and nationalistic songs.

Carlos Puebla born into a modest family, he did several types of manual jobs during his youth (carpenter, mechanic, sugarcane worker, shoemaker), but quickly became interested in music, and especially in the guitar. He learned how to play the instrument by himself, but he did study harmony and theory of music.

He began composing during the 1930s, and met with a certain amount of popularity in his native city. He recorded with his group Los Tradicionales, formed in 1953. From 1962 he was a regular performer in La Bodeguita del medio, a bar-restaurant in Old Havana which was a favourite haunt of Cuban and foreign intellectuals.
Politically he stood beside Fidel Castro before the 1959 Revolution.

In 1961, he went on tour in several countries with his musicians. His music, as well as his political activity, turned his concerts into a success. He was thenceforth called El Cantor de la Revolución (the singer of the revolution) and other world tours followed. More than an ambassador for Cuban music, he was an ambassador for Cuba. In 1965, the night after Fidel Castro’s speech announcing Che Guevara’s departure from the government, Carlos Puebla, seized by passion, composed what would become his most celebrated work, Hasta Siempre, Comandante, a true declaration of love for and hope in Che.
On 12 July 1989, he died in Havana after a long illness. His ashes were transferred to the cemetery of his native city five years later. A plaque there reads: yo soy ésto que soy, un simple trovador que canta (“I am what I am, a simple troubadour who sings”).

From the beginning of the 1950s, he sang of the difficult living conditions of his people and challenged Batista’s dictatorship with such songs as Plan de machete, Este es mi pueblo and Pobre de mi Cuba. His lyrics were serious and direct. The 1959 Revolution inspired him to write new songs, such as Y en eso llegó Fidel (~And into that arrived Fidel), Fidel y La OEA (Fidel and the Organization of American States) Procura venir el paz (~Try to get peace, Yankees go home!, La Reforma Agraria (Agricultural reform), Duro con él, Ya ganamos la pelea (We already won the fight.) and Son de la alfabetización.

His most famous song, Hasta Siempre, comandante, has been covered by dozens of artists from all over the world, notably in France, by Nathalie Cardone and Los Calchakis, although this last one is wrongly attributed to Buena Vista Social Club.