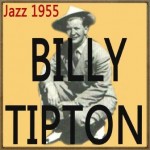 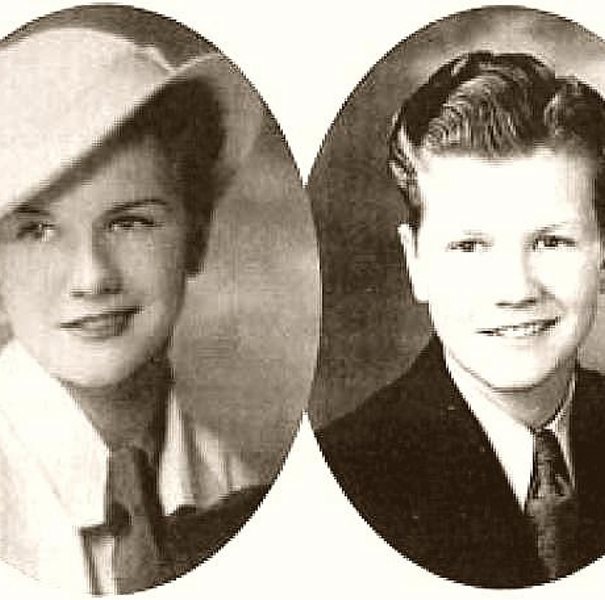 Billy Tipton, Billy Lee Tipton (December 29, 1914 – January 21, 1989) was an American jazz musician and bandleader. Born Dorothy Lucille Tipton, he is also notable for the postmortem discovery that he was assigned female at birth.

Born in Oklahoma City, Oklahoma, Tipton grew up in Kansas City, Missouri, where he was raised by an aunt after his parents’ divorce. He subsequently rarely saw his father, G. W. Tipton, a pilot who sometimes took him for airplane rides. As a high-school student, Tipton went by the nickname Tippy and became interested in music, especially jazz, studying piano and saxophone. He returned to Oklahoma for his final year of high school and joined the school band there.

As Billy Tipton  began a more serious music career, he adopted his father’s nickname, Billy, and more actively worked to pass as male by breast binding and packing. At first, Tipton only presented as male in performance, but by 1940 was living as a man in private life as well. Two of Tipton’s female cousins, with whom Tipton maintained contact over the years, and perhaps some of his later paramours, were the only persons privy to both sides of Tipton’s life.

In 1936, Billy Tipton was the leader of a band playing on KFXR. In 1938, Tipton joined Louvenie’s Western Swingbillies, a band that played on KTOK and at Brown’s Tavern. In 1940 he was touring the Midwest playing at dances with Scott Cameron’s band. In 1941 he began a two and a half-year run performing at Joplin, Missouri’s Cotton Club with George Meyer’s band, then toured for a time with Ross Carlyle, then played for two years in Texas.

In 1949, Billy Tipton began touring the Pacific Northwest with George Meyer. While this tour was far from glamorous, the band’s appearances at Roseburg, Oregon’s Shalimar Room were recorded by a local radio station, and so recordings exist of Tipton’s work during this time, including “If I Knew Then” and “Sophisticated Swing”. The trio’s signature song was “Flying Home”, performed in a close imitation of Benny Goodman’s band.

As George Meyer’s band became more successful, they began getting more prestigious work, performing with The Ink Spots, the Delta Rhythm Boys, and Billy Eckstine at the Boulevard Club in Coeur d’Alene, Idaho.

Billy Tipton began playing piano alone at the Elks club in Longview, Washington. In Longview, he started the Billy Tipton Trio, which consisted of Tipton on piano, Dick O’Neil on drums, and Kenny Richards (and later Ron Kilde) on bass. The trio gained local popularity.
During a performance on tour at King’s Supper Club in Santa Barbara, California, a talent scout from Tops Records heard them play and got them a contract. The Billy Tipton Trio recorded two albums of jazz standards for Tops: Sweet Georgia Brown and Billy Tipton Plays Hi-Fi on Piano, both released early in 1957. Among the pieces performed were “Can’t Help Lovin’ Dat Man”, “Willow Weep for Me”, “What’ll I Do”, and “Don’t Blame Me”. In 1957, the albums sold 17,678 copies, a “respectable” sum for a small independent record label.

After the albums’ success, the Billy Tipton Trio was offered a position as house band at the Holiday Hotel in Reno, Nevada, and Tops Records invited the trio to record four more albums. Tipton declined both offers, choosing instead to move to Spokane, Washington, where he worked as a talent broker and the trio was the house band at Allen’s Tin Pan Alley, performing weekly. He played mainly swing standards rather than the jazz he preferred. His performances included skits in the vaudeville tradition, in which he imitated celebrities such as Liberace and Elvis Presley. In some of these sketches, he played a little girl. He mentored young musicians at the Dave Sobol Theatrical Agency.
In the late 1970s, worsening arthritis forced Tipton to retire from music.

Early in his career, Billy Tipton presented as a male only professionally, continuing to present as a woman otherwise. He spent those early years living with a woman named Non Earl Harrell, in a relationship that other musicians thought of as lesbian. The relationship ended in 1942.[4][5] Tipton’s next relationship, with a singer known only as “June”, lasted for several years.

For seven years, Billy Tipton lived with Betty Cox, who was 19 when they became involved. According to Cox, they had a heterosexual relationship. Betty remembered him as “the most fantastic love of my life.” Tipton kept the secret of his extrinsic sexual characteristics from Betty by inventing a story of having been in a serious car accident that had badly damaged his genitals and broken some ribs, so that to protect the damaged chest he had to bind it. From then on, this was what he would tell the women in his life.

In 1960, Billy Tipton ended this relationship to settle down with nightclub dancer and stripper Kitty Kelly (later known as Kitty Oakes), who was known professionally as “The Irish Venus.” Tipton was never legally married, but several women had drivers’ licenses identifying them as Mrs. Tipton. They were involved with their local PTA and with the Boy Scouts. They adopted three sons, John, Scott, and William. After Tipton’s death, Kitty gave several interviews about him and their relationship. In early interviews, she said, “He gave up everything… There were certain rules and regulations in those days if you were going to be a musician,” in reference to breaking into the 1920−30s music industry. William described Tipton as a good father who loved to go on Scout camping trips.

Their adopted sons became difficult to manage during their adolescence. Because of the couple’s ongoing arguments over how they should raise the boys, Tipton left Kitty in the late 1970s, moved into a mobile home with their sons, and resumed an old relationship with a woman named Maryann. He remained there, living in poverty, until his death.

In 1989, at the age of 74, Billy Tipton had symptoms he attributed to emphysema and refused to call a doctor. Actually he was suffering from a hemorrhaging peptic ulcer, which, untreated, was fatal. It was while paramedics were trying to save Tipton’s life, with son William looking on, that William learned that his father had female anatomy. Tipton was pronounced dead at Valley General Hospital. The coroner shared this with the rest of the family. In an attempt to keep the secret, Kitty arranged for his body to be cremated, but later after financial offers from the media Kitty and one of their sons went public with the story. The first newspaper article was published the day after Tipton’s funeral and it was quickly picked up by wire services. Stories about Tipton appeared in a variety of papers including tabloids such as National Enquirer and Star, as well as more reputable papers such as New York Magazine and The Seattle Times. Tipton’s family even made talk show appearances.

Two wills were left by Billy Tipton: one handwritten and not notarized that left everything to William Jr.; and the second, notarized, leaving everything to Jon Clark.[8] A court upheld the first will, and William inherited almost everything, with John and Scott receiving one dollar each.[9] According to a 2009 episode of the documentary program The Will: Family Secrets Revealed, which featured interviews with all three sons, it was revealed that a final court judgment awarded all three sons an equal share of his wife Kitty Tipton’s estate (not Billy Tipton), which, after lawyers’ fees, amounted to $35,000 for each son