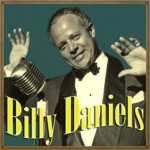 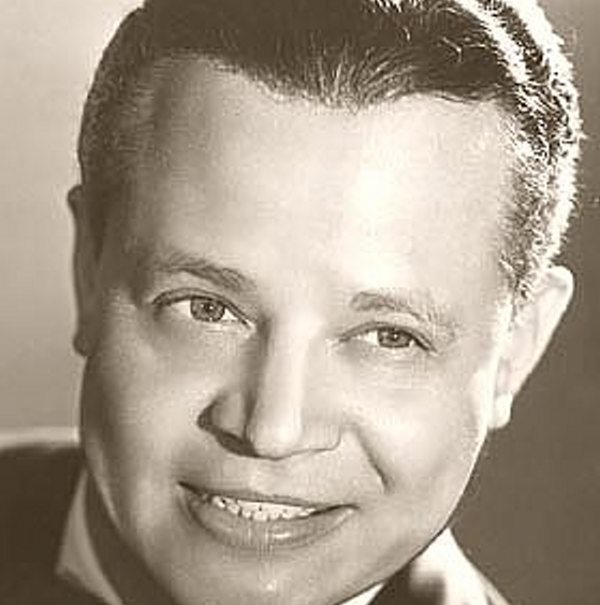 Billy Daniels, William Boone Daniels (September 12, 1915 – October 7, 1988), better known as Billy Daniels, was an African American singer active in the United States and Europe from the mid-1930s to 1988, notable for his hit recording of “That Old Black Magic” and his pioneering performances on early 1950s television.

Billy Daniels was born in Jacksonville, Florida, where his father was a postmaster and notary. His mother was a schoolteacher and organist. Daniels had a heritage of Portuguese sailor, Native American (Choctaw), African American, and frontiersman Daniel Boone.

In 1935, Billy Daniels moved from Jacksonville to New York to attend Columbia University. He planned to become a lawyer, but he was sidetracked during the Depression. His grandmother was a seamstress in Harlem for the Ziegfeld Follies, and she encouraged her grandson to sing at Dickie Wells, the club where he first worked as a dishwasher, then a singing waiter. There he was discovered by bandleader Erskine Hawkins, who hired him as a featured vocalist. He toured with the Erskine Hawkins Band in 1935–36 and then returned to Harlem. Throughout 1938, he sang daily on New York radio for 12 different sponsors. “It was me or the horse racing,” Daniels remarked.

Billy Daniels performed frequently at nightclubs on New York’s famed 52nd Street, where he was one of the first singers to leave the big-band scene and pursue a solo career. He sometimes made three 52nd Street club performances per night. In 1945, he played intermission with Charlie Parker at the Spotlite Club on 52nd Street.

Billy Daniels had several accompanists, including Nat Cole, while in New York. In 1948, he teamed with ex-big-band pianist Benny Payne, who had been Cab Calloway’s pianist in the Cotton Club. Payne remained as accompanist for the rest of Daniel’s career.

Daniels’ first trademark song from his time on New York radio was the song “Diane,” which he recorded on Bluebird in 1941. His later signature song was “That Old Black Magic”, by Harold Arlen and Johnny Mercer, which Daniels first recorded for Apollo Records in 1948. His 1950 recording on Mercury became a hit, selling in the millions. His sensational performance in 1950 in Bill Miller’s Riveria Club led to holdover appearances. Following Park Avenue residences, Daniels record holdover at 1952 New York Copacabana Club still stands.

He was popular in Europe after he headlined at the London Palladium in 1952, having broken the house records. He toured the UK’s Moss Theatre circuit in the 1950s as “America’s most exciting singer”. His forte was as a nightclub entertainer, and he was the biggest cabaret draw in New York throughout the 1950s, appearing alongside the comedian Jimmy Durante. His vocal stylings and trademark dance movements were widely imitated by the impressionists of the era. In 1958, Billy Daniels was the first entertainer to sign a longterm contract to appear in Las Vegas for three years at the Stardust.

He had performed in musicals on Broadway early in his career with a minor role in a short-lived musical, Memphis Bound (1945). More notable was the long run (700+ performances) of Golden Boy with Sammy Davis Jr. in 1964, directed by Arthur Penn. Billy Daniels toured the US in 1975 with Pearl Bailey in the all-black Hello, Dolly!, and in London’s West End, he headlined a 1978 presentation of Bubbling Brown Sugar. He was popular in Australia where he first toured with the Andrews Sisters in 1954.

He was a pioneer in the new medium of television with his own television series on ABC in 1952. The Billy Daniels Show was sponsored by Rybutol, a popular vitamin tablet at the time. This 15-minute show, telecast from New York on Sunday evenings from the what was later to become The Ed Sullivan Theater (and now The Late Show) was a milestone: the first sponsored network television series starring a black performer. He appeared on television in the US and UK and Australia and Canada throughout the 1950s and 1960s with performances on The Milton Berle Show and ‘The Ed Sullivan Show.

Daniels’ recordings cover the period of transition from 78-rpm to the dawn of microgroove recording. Remembered mostly for his charismatic live performances, he made an album at Abbey Road, The Magic of Billy Daniels (1978), which contained a disco version of “That Old Black Magic”. He recorded one of the first soul records, “Woe Woe Woe”, a now rare recording.

He died at the age of 73 in Los Angeles, California, and was buried at the El Camino Memorial Park in Sorrento Valley, San Diego, California. He was one of the first African-American entertainers to cross over into the mainstream and his star on the Hollywood Walk of Fame lies alongside that of Jerry Lewis.