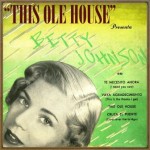 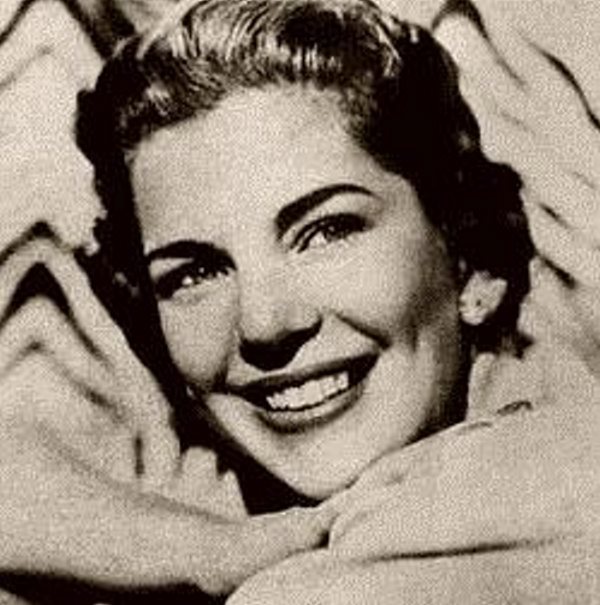 Betty Johnson (born March 16, 1929; other sources give 1931) is an American traditional pop and cabaret singer who reached her career peak in the 1950s.
Betty Johnson was born in Guilford County, North Carolina. Her professional debut was in a family group, The Johnson Family Singers, including her parents and three brothers, singing a repertoire primarily of religious material. The family won a singing contest in Charlotte, North Carolina, and was signed to a contract on a WBT (AM), a major radio station in that city. The family sang on broadcasts from 1938 to 1951, and Betty did some solo work on the station as well beginning in 1943. By 1948, she had her own 15-minute radio program
As a teenager, she was signed by Columbia Records and made some recordings, none of which were successful.
From 1949 to 1954 she was married to Dick Redding, having one son from that marriage, Harold Richard Redding (born 1952), known as “Dicky.”
In 1951, Percy Faith, who had known her from her Columbia recordings, tried to convince Mitch Miller (A&R director at Columbia) to sign her, but Miller, who included Doris Day and Rosemary Clooney among the artists he had signed, saw no need to sign her.
Betty Johnson released a children’s album with country singer Eddy Arnold produced by Simon and Schuster, who subsequently signed her to their own recording label, Bell Records in 1954. In the same year she signed with Csida-Grean, a management company which had handled Arnold’s career. Charles Grean of that company produced many of her subsequent recordings. In 1955, she signed with RCA Victor Records, which sent her to Chicago, Illinois.In Chicago, Johnson worked with Arnold again on his syndicated television series, Eddy Arnold Time, backed by a group who had worked with her family on the Grand Ole Opry, The Jordanaires. That group later became well known as a backing group for Elvis Presley. While in Chicago, she also did some work on Don McNeill’s Breakfast Club beginning in 1955, which led to a contract with a small record company, Bally Records. After one not-so-notable recording for Bally, she clicked with her biggest hit, “I Dreamed”, in 1956. She continued to appear on The Breakfast Club until 1957. Also in 1957 she married Grean; though the marriage would only last until 1961, the professional relationship continued.
She then was hired by Jack Paar for his television show, Tonight. This led to a record contract with Atlantic Records in 1957, for which she had her next big hit, “Little Blue Man”. Betty Johnson continued on Tonight until 1962 when Paar was replaced by Johnny Carson, while also making appearances on a number of other television shows.
In 1964 she married Arthur Gray, an investment banker in New York City. She had two daughters, Elisabeth (born 1966) and Lydia (born 1968), from this marriage. From then until 1993 she mostly stayed out of show business, going to college (attending some classes at Dartmouth College beginning in 1977, but ultimately getting her Bachelor of Arts degree from the University of New Hampshire in 1981).In 1984 and 1985 Betty Johnsonappeared as Essie Miller in the Goodspeed Opera Houses revival of TAKE ME ALONG! In 1993, she returned to show business, appearing at the Algonquin Hotel in New York and subsequently starting her own record label, Bliss Tavern Music, for which she continues to make recordings
Tweet