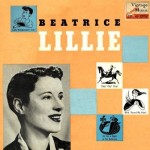 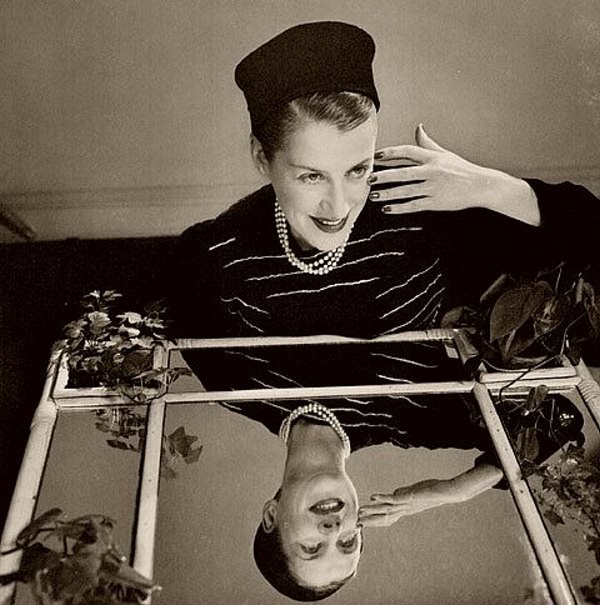 Beatrice Lillie, Beatrice Gladys “Bea” Lillie (May 29, 1894 – January 20, 1989) was an actress and comedic performer. Following her 1920 marriage to Sir Robert Peel in England, she was known in private life as Lady Peel. Sheridan Morley noted in the Oxford Dictionary of National Biography that “Lillie’s great talents were the arched eyebrow, the curled lip, the fluttering eyelid, the tilted chin, the ability to suggest, even in apparently innocent material, the possible double entendre”.
Beatrice Lillie was born in Toronto, where she performed, along with other Ontario towns as part of a family trio with her mother and older sister, Muriel. Eventually, her mother, Lucie, took the girls to London, England where she made her West End debut in the 1914 Not Likely. She was noted primarily for her stage work in revues, especially those staged by André Charlot, and light comedies, and was frequently paired with Gertrude Lawrence, Bert Lahr and Jack Haley.

In her revues, she utilized sketches, songs, and parody that won her lavish praise from the New York Times after her 1924 New York debut. In some of her best known bits, she would solemnly parody the flowery performing style of earlier decades, mining such songs as “There are Fairies at the Bottom of our Garden” and “Mother Told Me So” for every double entendre, while other numbers (“Get Yourself a Geisha” and “Snoops the Lawyer”, for example) showcased her exquisite sense of the absurd. Her performing in such comedy routines as “One Double Dozen Double Damask Dinner Napkins”, (in which an increasingly flummoxed matron attempts to purchase said napkins) earned her the frequently used sobriquet of “Funniest Woman in the World”. She never performed the “Dinner Napkins” routine in Britain, because British audiences had already seen it performed by the Australian-born English revue performer Cicely Courtneidge, for whom it was written.

Scene from Oh Joy!, showing Tom Powers (as George Budd) with Lillie (as Jackie Sampson), London, 1919
In 1926 she returned to New York city to perform. While there, she starred in her first film, Exit Smiling, opposite fellow Canadian Jack Pickford, the scandal-scarred younger brother of Mary Pickford. From then until the approach of World War II, Lillie repeatedly crisscrossed the Atlantic to perform on both continents. She was long associated with the works of Noël Coward (giving, for instance, the first ever public performance of “Mad Dogs and Englishmen”), though Cole Porter is among those who also wrote songs for her. She made few appearances on film, appearing in a cameo role as a revivalist in Around the World in Eighty Days and as “Mrs. Meers” (a white slaver) in Thoroughly Modern Millie.

She won a Tony Award in 1953 for her revue An Evening With Beatrice Lillie and made her final stage appearance as Madame Arcati in High Spirits, the musical version of Coward’s Blithe Spirit. This was Lillie’s only performance in a book musical: that is, a musical with a plot; all her other stage appearances had been in revues although in 1958 she briefly stepped into the role of Mame Dennis during the original Broadway run of Auntie Mame succeeding Rosalind Russell and Greer Garson, before taking the lead in the first London production.

Throughout her career as a revue performer, Lillie’s contracts almost invariably stipulated that she would not make her first entrance onstage until at least half an hour into the show; by that point, every other act in the revue had made its first appearance and the audience would be keenly awaiting the entrance of Miss Lillie, the star of the evening.[citation needed] After seeing An Evening with Beatrice Lillie, critic Ronald Barker wrote, “Other generations may have their Mistinguett and their Marie Lloyd. We have our Beatrice Lillie and seldom have we seen such a display of perfect talent.” In 1954 she won the Sarah Siddons Award for her work in Chicago theatre.

She was married, on January 20, 1920, at the church of St. Paul, Drayton Bassett, Fazeley, Staffordshire, to Sir Robert Peel, 5th Baronet.[2] She eventually separated from her husband (but the couple never divorced); he died in 1934. Their only child, Sir Robert Peel, 6th Baronet, was killed in action aboard HMS Tenedos in Colombo Harbour, Ceylon (present-day Sri Lanka) in 1942.
During World War II, Lillie was an inveterate entertainer of the troops. Before she went on stage one day, she learned her son was killed in action. She refused to postpone the performance saying “I’ll cry tomorrow.” In 1948 she met singer/actor John Philip Huck, almost three decades younger than she, who became her friend and companion. Lillie met John Phillip Huck while touring in the show Inside USA. However, Huck proved to be rather possessive and many of Lillie’s friends felt that she was his ticket to showbusiness.

She retired from the stage due to Alzheimer’s disease and died on January 20, 1989, which was also the date of her wedding anniversary, at Henley-on-Thames. Huck died of a heart attack 31 hours later, and is interred next to her in the Peel family estate’s cemetery near Peel Fold, Blackburn.[citation needed]
For her contributions to film, Beatrice Lillie has a star on the Hollywood Walk of Fame at 6404 Hollywood Blvd.