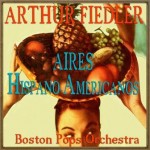 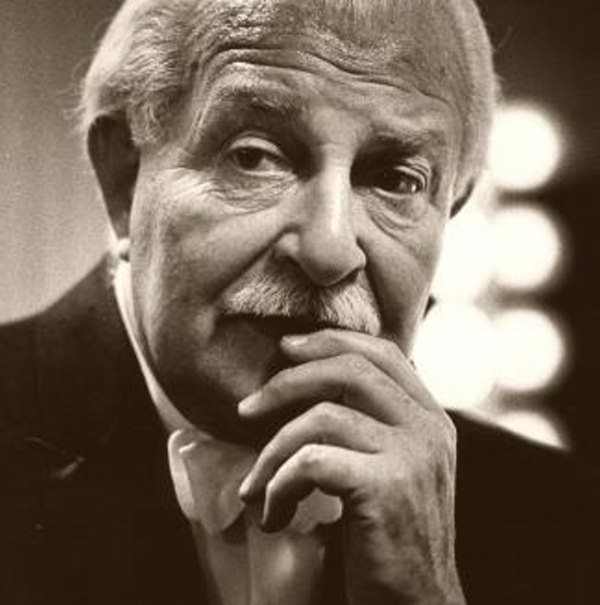 Arthur Fiedler was a long-time conductor of the Boston Pops Orchestra, a symphony orchestra that specializes in popular and light classical music. With a combination of musicianship and showmanship, he made the Boston Pops one of the best-known orchestras in the country. Some people criticized him for over-popularizing music, particularly when adapting popular songs or edited portions of the classical repertoire, but Fiedler kept performances informal and sometimes self-mocking to attract a bigger audience.

Arthur Fiedler was born in Boston, Massachusetts to Emanuel and Johanna Fiedler. His father was an Austrian violinist who played in the Boston Symphony Orchestra, and his mother was a pianist and musician. He grew up in Boston, and attended Boston Latin School until his father retired (in the early 1900s), and they moved to Vienna, Austria, in 1910. The family soon moved again, to Berlin, where from 1911 to 1915 young Fiedler studied violin at the Royal Academy of Music (Hochschule für Musik Berlin) under Willy Hess. Fiedler returned to Boston at the beginning of World War I. In 1915 he joined the Boston Symphony Orchestra under Karl Muck as a violinist. He also worked as a pianist, organist, and percussionist.

With Fiedler’s direction, the Boston Pops reportedly made more recordings than any other orchestra in the world, most of them for RCA Victor, with total sales of albums, singles, tapes, and cassettes exceeding $50 million. His recordings began in July 1935 at Boston’s Symphony Hall with RCA, including a world premiere recording of Jacob Gade’s Jalousie, which eventually sold more than a million copies, and the first complete recording of Rhapsody in Blue by George Gershwin (with Jesús Maria Sanromá as soloist).

In 1946, he conducted the Boston Pops in one of the first American recordings devoted to excerpts from a film score, Dmitri Tiomkin’s music for the David O. Selznick Technicolor epic Duel in the Sun; RCA Victor released an album of ten-inch 78-rpm discs complete with photographs from the film.

Fiedler’s June 20, 1947, recording of Gaîté Parisienne by Jacques Offenbach was eventually released by RCA as their very first long-playing classical album (RCA Victor LM-1001), in 1950. He recorded the same music in 1954 in stereo and began making regular stereo recordings in 1956. A number of Fiedler’s recordings were released as 45-rpm “extended play” discs, beginning in 1949, such as Tchaikovsky’s Marche Slave and Ketèlbey’s In a Persian Market (RCA Victor ERA-2).

Besides recording light classics, Arthur Fiedler also recorded music from Broadway shows and Hollywood film scores, as well as arrangements of popular music, especially the Beatles. He and the Boston Pops occasionally recorded classical works that were favorites, but not considered as “light” as most of the pieces that he conducted. He made but a single recording with the Boston Symphony Orchestra: Dvorak’s New World Symphony. There were also recordings of chamber music by his Sinfonietta. Arthur Fiedler and the Boston Pops recorded exclusively for RCA Victor until the late 1960s, when they switched to Deutsche Grammophon for classical releases with co-owned Polydor Records for his arrangements of pop music compositions and then London Records. His last album, devoted to disco, was titled Saturday Night Fiedler.

Arthur Fiedler was also associated with the San Francisco Pops Orchestra for 26 summers (beginning during 1949), and conducted many other orchestras throughout the world. He was a featured conductor on several of NBC’s The Standard Hour programs in 1950 and 1951, conducting the San Francisco Symphony in the War Memorial Opera House; the performances were preserved on transcription discs and later released on audio cassette.

Arthur Fiedler had many different hobbies. He was fascinated by the work of firefighters and would travel in his own vehicle to large fires in and around Boston at any time of the day or night to watch the firefighters at work. He was even made an “Honorary Captain” in the Boston Fire Department. A number of other fire departments gave him honorary fire helmets and/or badges. The official biography of Fiedler reports that the conductor once helped in the rescue efforts at the tragic Cocoanut Grove fire in Boston in 1942. An avid sailor, he volunteered during the early days of World War II for the Temporary Reserve of the U.S. Coast Guard and was later a member of the Coast Guard Auxiliary.

Arthur Fiedler conducted at the nationally-televised opening ceremonies of Walt Disney World in 1971. He also appeared on numerous telecasts on Evening at Pops, carried on PBS stations nationwide.
In honor of Fiedler’s influence on American music, on October 23, 1976 he was awarded the prestigious University of Pennsylvania Glee Club Award of Merit. Beginning in 1964, this award “established to bring a declaration of appreciation to an individual each year that has made a significant contribution to the world of music and helped to create a climate in which our talents may find valid expression.”
On January 10, 1977, Fiedler was presented with the Presidential Medal of Freedom by President Gerald Ford.

Arthur Fiedler died on July 10, 1979 after having been in failing health for some time. During the previous winter, he suffered a stroke that temporarily left him unable to speak, but he quickly recovered and in May conducted a concert to celebrate his 50th anniversary as conductor of the Pops. A few days later, he had a mild heart attack after another performance. He collapsed while studying music scores in his Brookline, Massachusetts home and suffered cardiac arrest. After his death, Boston honored him with a stylized sculpture, an oversized bust of Fiedler, near the Charles River Esplanade, and named a footbridge over Storrow Drive after him. This area is home of the free concert series that continues through the present day. Composer John Williams succeeded Fiedler as the orchestra’s nineteenth director. His widow, Ellen Bottomley Fiedler, died October 25, 1984, in Framingham, Massachusetts. She was 70.