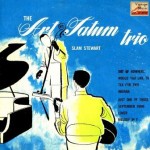 Out Of Nowhere, Art Tatum 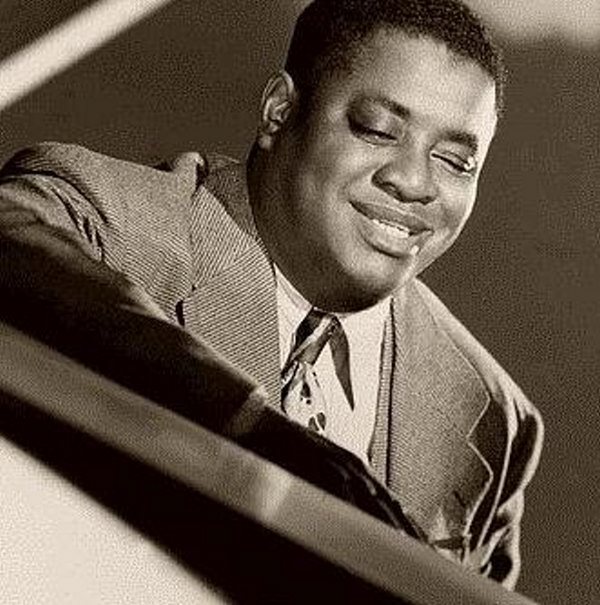 Art Tatum was born Oct. 13, 1909 in Toledo, Ohio and despite being blind in one eye and only partially sighted in the other he became arguably the greatest jazz piano player who ever lived.  He came from a musical family and when younger had some formal training at the Toledo School of Music, however he was largely self-taught.  His teacher there recognized his talents and tried to steer him towards as a career as a classical concert pianist.  Art Tatum was more interested in the music of Fats Waller, which would be a strong influence on his music.

At 18 he was playing interludes at a local radio station and within a short period of time he had his own show.  In 1932 he was heard by the singer Adelaide Hall who brought him to New York as her accompanist.  One year later he made his first recordings, among which was “Tiger Rag”. This song which features breakneck tempo and rippling left- andright-hand cascades and crashing bass notes had every pianist in the country amazed by his astonishing dexterity.  While in New York he established his reputation in “cutting contests” with other top pianists, which he never lost.  He spent the next few years playing in Cleveland, Chicago, New York and Los Angeles and even England in 1938.  During this time he established himself as a major figure in jazz circles.  In the early 1940s Tatum formed an extremely popular trio with bassist Slam Stewart and guitarist Tiny Grimes.

He spent much of the next decade touring North America.  In 1953 Tatum signed by producer Norman Granz and recorded extensively both as a soloist and in small groups with Benny Carter, soloist and in small groups with Benny Carter, Buddy De Franco, Roy Eldridge, Lionel Hampton, Ben Webster and others.  His incredible talent allowed him to be extremely productive during this time.  Ray Spencer in his biography, noted that Tatum was constantly “refining and honing down after each performance until an ideal version remained needing no further adjustments”.  This allowed him to achieve a remarkable work rate.  For example, his solo sessions for Granz were mostly completed in two days.  That is a total of 69 tracks and all but three of them needed only one take.  Sadly, on Nov. 4, 1956 his prodigious output was cut short when he died of uremia, however his artistic influence has been strong and long-lasting.

The starting point of Art Tatum’s style was Fats Waller’s stride.  As Tatum once said, “Fats, that’s where I come out of and, man, that’s quite a place to come from”.  From this beginning he went on to create and superbly original and creative style of playing piano.  His left-handed figures where similar to stride but he was really known for the way that he explored harmonic complexities and unusual chord progressions.  When improvising, Tatum would often insert totally new chord sequences (occasionally with a chord on each beat) into one or two measures.

He also developed the habit of quoting from other melodies, something that became a standard practice among modern jazz musicians.  What really set Art Tatum apart was his amazing technical abilities which combined with his willingness to explore the imagined limitations of the orthodox keyboard which produced astonishing rhythmic and harmonic complexities.  It is claimed that he could identify the dominant note in a flushing toilet. Perhaps the greatest tribute to the excellence of Art Tatum lies in the opinions of his peers.

His influenced many musicians including Bud Powell, Herbie Hancock, and even non-pianists such as Charlie Parker and John Coltrane.  Many would say that he inspired the bebop revolution in jazz.  When Oscar Peterson first heard him play he thought it was two people and he considered Art Tatum the best jazz instrumentalist of all time.

Legend has it that classical pianist Vladimir Horowitz was so awed by Tatum’s wizardry that it brought him to tears.  Fittingly, his strongest support comes from one of his early influences, Fats Waller.  One time in 1938 Art Tatum dropped in to hear Waller play at a club.  By way of introduction Waller told the audience, “I just play the piano, but God is in the house tonight.”