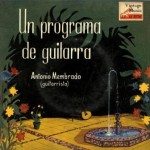 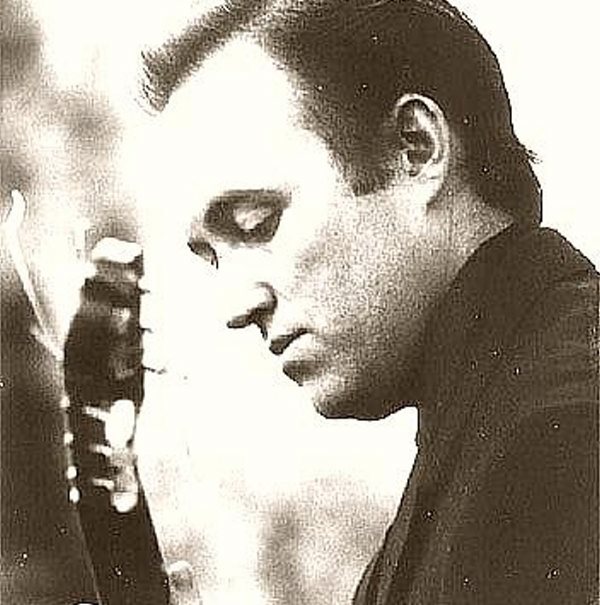 Antonio Membrado is a Spanish classical guitarist. He settled in France in 1959. He was a student of Andrés Segovia, and gave many concerts in France and abroad.

In 1945, Antonio Membrado started playing the laud, a melodic instrument popular in Spain, used in the rondallas (small ensembles plucking instruments with plectrum such as bandurria or laud, and with fingers, such as guitar). At 13, the excellent guitarist Manuel Hernandez initiates his future musician career. He also studies the piano at the Madrid Conservatory with Pedro Carre, pianist and composer.

In 1952, Antonio Membrado has a decisive meeting with Regino Sainz de la Maza and enters the Madrid Academia guitar class. In 1956, he unanimously wins the Madrid Conservatory Extraordinary Prize. At 17 he also begins to appear in his first guitar recitals in Spain: Madrid, Valencia, Barcelona, etc…
At 21, Antonio Membrado meets for the first time Andrés Segovia at the Musical Academia Chigiana in Italy. Antonio Membrado will be part of it until 1959. This was then the where-to-go international academy of the new guitarists generation. Andrés Segovia will ask Membrado to deliver the Academy closing concerts in 1958 and 1959.

In September 1956, Antonio Membrado wins the First Medal of the International Competition in Geneva.
His international career begins in 1959: France, Belgium, Germany, Switzerland, the United States, etc…
From 1963 on, various recordings are published: Vivaldi, Schubert, Bach, Villa-Lobos, Brouwer, Burchard, Milan, Membrado, etc… 1975 is marking the publication of the live recording of his concert at the Lincoln Center in New York.

Antonio Membrado arranges for Paco Ibáñez and accompanies him with the guitar for his first LP in 1964.
In parallel to his concert performer career, Antonio Membrado serves as guitar teacher at the national Academy of Bourg-la-Reine, where he trains numerous pupils many of them embracing professional music careers.
Antonio Membrado also takes part in many Festivals: Strasbourg, Lille, Troyes, Bern, Avignon, Saint-Tropez, Carcassonne, etc… and delivers several master-classes e.g. at Les Arcs, Evian and Carcassonne.

Antonio Membrado gradually withdraws from public stage (his last concert dated July 4, 1991 at the World Congress of Quantum Chemistry at the Palace of Europe). He then devotes himself to a more intimistic approach of music and also composes works for one or two guitars on poems or texts from Guillevic, Tagore, Jankelevich, Cioran, Rückert,…