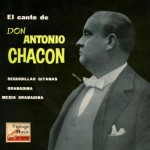 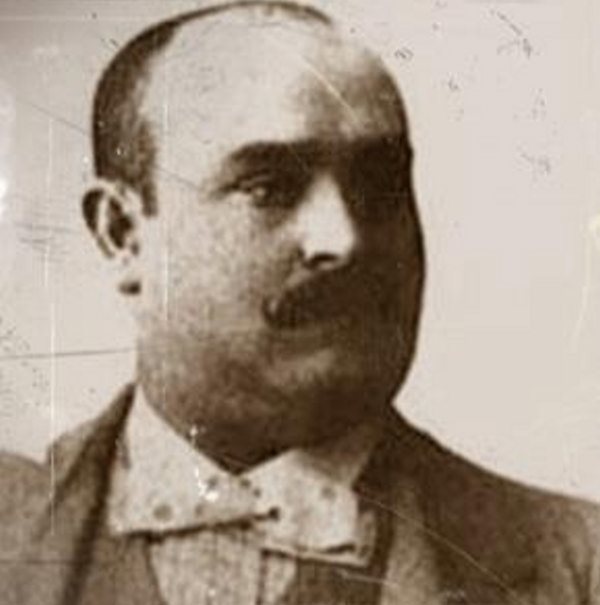 Antonio Chacón (16-May-1869 , 1929) Spain
Antonio Chacón García was born in Jerez de la Frontera on the 16th of May 1869 and died in his home in calle Toledo in Madrid on the 21st of January 1929. He first saw the light in number 60 of calle Sol, situated in the very flamenco neighbourhood of San Miguel. From a very young age he helped his father in the family business, a shoe shop, where he met the guitarist Javier Molina and his brother a dancer.From the relation he maintained with these two, a singer was forged without comparison in the history of the ‘jondo´ art – the art with depth-.
It was in 1884 when he decided to gain worldly experience with the two Molina brothers, travelling to all the recesses of Andalusia where flamenco could be found. Although throughout his life, Antonio Chacón insisted that he had never been as happy as in those first years of his artistic career, soon he began to gain fame as a singer. In consequence Silverio Franconetti hired him for his Café Cantante -premises where flamenco is performed- in calle Rosario in Sevilla. According to Fernando el de Triana, Antonio Chacón was the first to earn twenty pesetas (0,12 euros) with Silverio.In that era the famous dispute between this man from Jerez and the singer from Cadiz developed, José Lema Ullet, Fosforito Viejo, who competed with him daily in the nearby Café del Burrero.
The rivalry reached such heights, that the owners of the premises had to reach an agreement and program the singers at different times, so that enthusiasts were able to attend both performances.In so far as his contributions to flamenco song, he left a special ‘caracoles´ version, during his stay in Madrid, which has lived on. Despite this, he changed the old words «Cómo reluce, Santa Cruz de Mudela…»- How Santa Cruz de Mudela shines- to «Cómo reluce, la gran calle de Alcalá…»- How the great Calle de Alcalá shines-.He always excelled in the so called free styles, on which he left an important mark, as demonstrated in current singers repertoire of ‘malagueños´, all followers of the Chacón legacy.
He knew Curro Durse and Enrique el Mellizo, which gives shows us the magnificent sources from which he fed in order to execute his own creations. He was also the creator of ‘granaínas´ and ‘cantes de levante´, developing a ‘cartagenera´ style with outstanding musical qualities.He formed part of the jury in the celebrated Granada Competition in 1922 and in the Pavón Cup in 1926 and was the main supporter of the awarding of the Second Golden Key of Song to Manuel Vallejo, after this had been awarded to Manuel Centeno from Sevilla.His recorded legacy is resumed in four works, recorded in 1909, 1913, 1927 and 1928.

Curiously the quality of sound of these four pieces is inversely proportional to the aptitudes of the maestro, as his health problems, increased by his asthmatic condition, made the last two most well known and analysed recordings, show us a singer in clear artistic withdrawal.