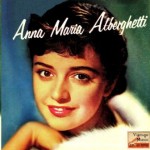 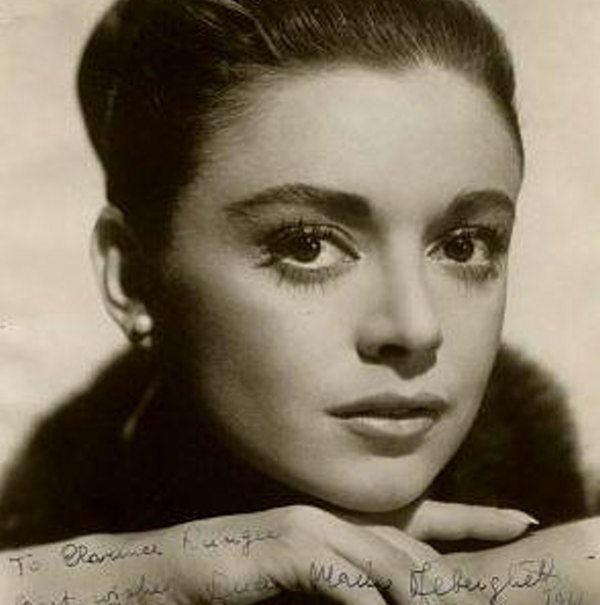 Anna Maria Alberghetti is an Italian-born operatic singer and actress.
Born in Pesaro, Marche, she starred on Broadway and won a Tony Award in 1962 as Best Actress (Musical) for Carnival! (she tied with Diahann Carroll for the musical No Strings).

Anna Maria Alberghetti was a child prodigy. Her father was an opera singer and concert master of the Rome Opera Company. Her mother was a pianist. At age 6, Anna Maria sang in a concert on the Isle of Rhodes with a 100-piece orchestra. She performed at Carnegie Hall in New York at the age of 13.
She also entered into film as a teenager. Her cinema appearances include The Medium (1951), Here Comes the Groom (1951), The Stars Are Singing (1953), The Last Command (1955), with Dean Martin in Ten Thousand Bedrooms (1957), Duel at Apache Wells (1957), and as Princess Charming opposite Jerry Lewis in Cinderfella (1960).

Anna Maria Alberghetti appeared twice on the cover of Life magazine. She sang on the CBS variety program The Ed Sullivan Show more than 50 times. She guest starred in 1957 on NBC’s The Gisele MacKenzie Show. That same year, she performed in the premiere episode of The Pat Boone Chevy Showroom on ABC.
In 1959, the 22-year-old Alberghetti played the lead in “The Conchita Vasquez Story” of NBC’s Wagon Train. She was cast as part of a gang of Comancheros who intend to attack the wagon train to steal rifles headed to the United States Army. Instead, she decides to leave the Comancheros and move west after she falls in love with scout Flint McCullough, played by Robert Horton. Tragically, as the episode ends, Conchita is killed by a bullet from her own people when they ambush the wagon train.

Alberghetti has toured in many theatrical productions and continues with her popular one-woman cabaret act. She had roles in a pair of 2001 films, The Whole Shebang and Friends and Family.
Her sister Carla also became a musical artist who appeared in many stage productions. She eventually became Anna Maria’s replacement in her Tony-winning role on Broadway.

Alberghetti appeared in television commercials for Good Seasons salad dressing during the 1970s.
She was married to television producer-director Claudio Guzman from 1964 to 1974.
She was referenced in Ira Levin’s book Rosemary’s Baby and T. C. Boyle’s short story “Sorry Fugu”.