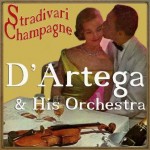 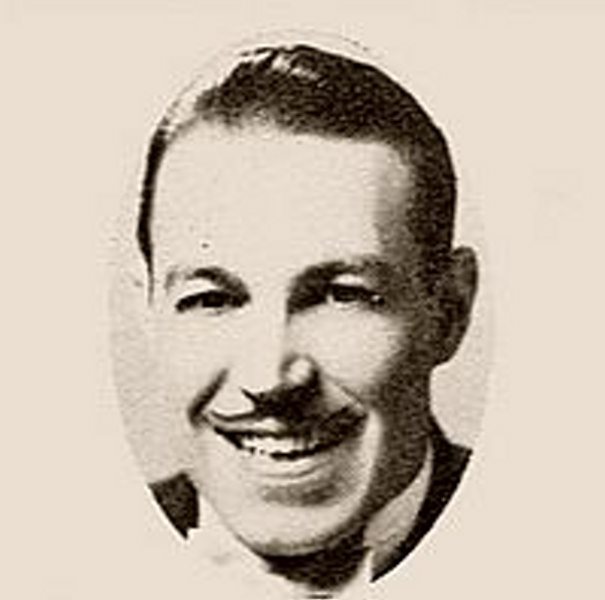 Alfonso D’Artega often known simply as D’Artega, was a songwriter, conductor, arranger and actor. His song “In the Blue of the Evening”, co-written with Tom Adair, was a number one hit for the Tommy Dorsey Orchestra in 1943.

Alfonso D’Artega was born in Silao, Guanajuato, Mexico. His family emigrating to the U.S. in 1918. D’Artega studied music and composition at Strassberger’s Conservatory in St. Louis, Missouri with Boris Levenson, who was a pupil of Nikolai Rimsky-Korsakov. He became a well-known conductor on stage and on air, and in 1946 initiated the Carnegie Hall “Pops” concerts with members of the New York Philharmonic. In 1947 he played the role of Tchaikovsky in the film Carnegie Hall, conducting the film score as well. He was guest conductor with, among others, the Buffalo Symphony Orchestra, the Miami Symphony Orchestra, the Saint Louis Symphony Orchestra and the NBC Symphony of the Air.

Alfonso D’Artega wrote over 50 songs. Perhaps his most widely recognized composition in the U.S. is “The NBC Chimes Theme”.
One of D’Artega’s earlier ventures was D’Artega’s All-Girl Orchestra, a twenty piece show band. The group was formed in New York City in 1942 and appeared in the Broadway play called “Hair Pin Harmony”. As a result of that success, the group was booked by the newly formed United Service Organization (USO) Camp Shows. The group traveled coast to coast playing at various military bases, ending in California where they were featured in the Paramount Pictures release “You Can’t Ration Love”.

The All-Girl Orchestra continued with the USO and traveled throughout the European and Pacific theaters during World War II. The first tour started in Italy and followed the advance of Allied troops into Germany, France, and Czechoslovakia. The orchestra continued service with the USO traveling to China, Japan, and islands in the Pacific. D’Artega was not only the inspiration, but wrote, arranged, and conducted the group.