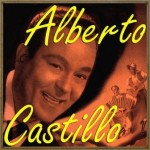 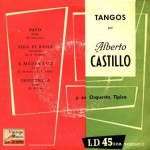 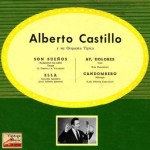 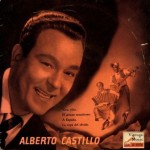 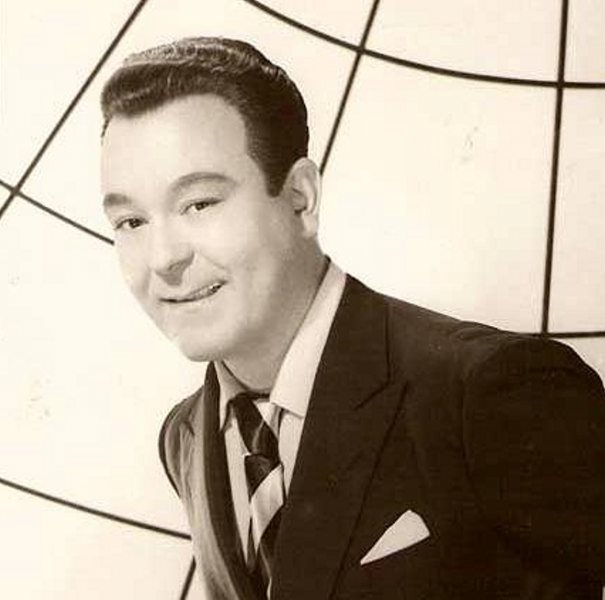 Alberto Castillo (December 7, 1914, Argentina – July 23, 2002)
Alberto Castillo  was a prominent Argentine tango singer and actor. He was born Alberto Salvador De Luca in the Mataderos district of Buenos Aires, the son of Italian immigrants Salvatore De Luca and Lucia De Paola (from Teggiano, near Salerno). Castillo made his professional debut in the 1930s and began a successful recording career in 1941;
his first hit was his cover of the Alfredo Pelala tune “Recuerdo”.With his keen sense of rhythm and his tendency to go hoarse, Alberto Castillo made a name for himself as the main interpreter of the black-oriented genres of candombe and milonga. One of his most successful recordings was “Cien Barrios Porteños” (The one hundred barrios of Buenos Aires), to the point that presenters would announce him as “the singer of the 100 barrios”.
Beginning in 1946, Alberto Castillo appeared in a number of Argentine films.Castillo was also a physician by training. This fact famously convinced his fiancee’s parents to let her marry Alberto, because he was “more than just a tango singer”, and was used as a plot device in the Argentine movie Moon of Avellaneda (Sp: “Luna de Avellaneda”), where Alberto Castillo is summoned to deliver a baby right after finishing his set at a carnival fair (the story is fictitious). Castillo did have a short stint as a sport physician. In December 1951, the Vélez Sársfield soccer team, which he supported, was on a tour of Brazil, and several players came down with heatstroke in Pernambuco, where Castillo was scheduled to perform. A member of the Vélez delegation contacted Castillo, who tended to the players and stayed with the team for the remainder of the tour, rescheduling some of his shows to fit the team’s agenda.Among his later releases was a cover of his candombe hit “Siga el Baile”, recorded with Argentine band Los Auténticos Decadentes.
Alberto Castillo is buried in La Chacarita Cemetery in Buenos Aires.