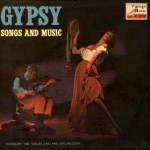 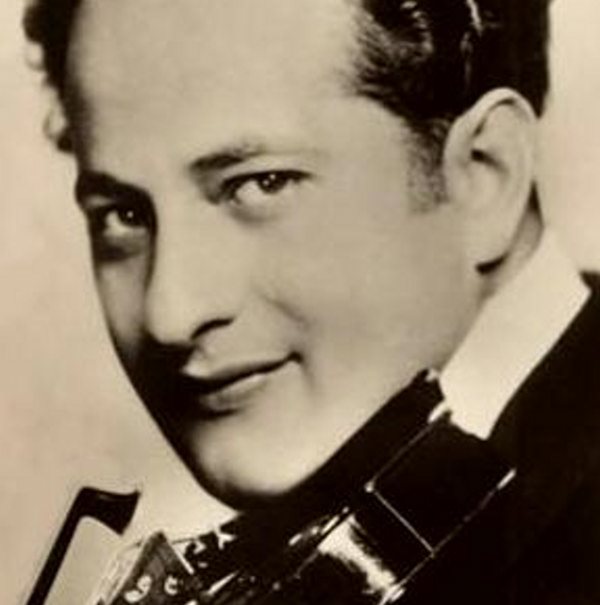 One would never know it from the neglect heaped on him since World War II, but violinist Albert Sandler was one of the more popular orchestra leaders in England during the period between the two world wars, and a leading name in the field of light classical music. Born in London in 1906, he was one of seven children in a Russian émigré family who had lived on the Sceptered Isle but one year at the time.

He had a naturally musical nature that he had to suppress amid the economic privations of life in London’s East End — it wasn’t until age nine that he got his first formal music lessons, and those came from an older brother. He later found a proper violin teacher, and was good enough to earn his first money with the instrument at age 12, playing in a movie theater orchestra. He found that first work experience exhausting but fulfilling, leaving school in the afternoon and going directly to the cinema, where he worked till ten at night — the exhaustion he ignored, or, at least, took in stride, while the education he got he regarded as priceless. As he later said in an interview quoted by Stuart Upton, it introduced him to “all sorts of new and exciting music.”

He attended the Guildhall School of Music on a scholarship (a rare distinction at an institution that would take almost any partly qualified candidate for the tuition money), and from there was hired to play in a restaurant orchestra, also serving as the sub-leader. He moved up to directing another restaurant orchestra, and finally was hired as music director of the orchestra at the Grand Hotel, Eastbourne. The three years he spent in that post were essential to his subsequent career — he’d gotten the Eastbourne position just as radio was taking off, and his performances (and name) were heard regularly on the BBC across that time. By the end of three years, he had moved up to the Park Lane Hotel in London, leading one of the city’s most visible orchestras — audiences delighted in the performances he led of waltzes, polkas, foxtrots, and other dance pieces and light classical works, spiced with the occasional sweet-band style light jazz of the period. Sharing the spotlight with the dance ensemble Alfredo & His Band at the hotel, he was a fixture on the radio, and also became familiar to listeners on records from the end of the 1920s onward. He took his orchestra on tour and made appearances with a trio that he formed out of the group’s string players.

Later in his career, starting in 1943, Albert Sandler led the Palm Court Orchestra, which he’d organized at the request of the BBC. It was with this orchestra that he inaugurated the BBC’s Grand Hotel broadcasts, which became one of the most popular programs on the radio network during the postwar era. He also made the jump into motion pictures in 1945, when Sandler and his orchestra appeared in the British costume musical Waltz Time, which also included a guest appearance by Richard Tauber. Alas, Albert Sandler was to see little benefit from this film, or know much of the relative peace of the postwar world. Perhaps it was a result of his background in poverty, and the years it took him to achieve financial stability, but he had a tendency to overwork from an early age, and by the time he’d reached his forties, he was showing signs of dangerous fatigue. He passed away on August 29, 1948, at age 42.