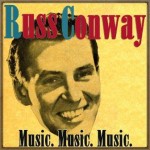 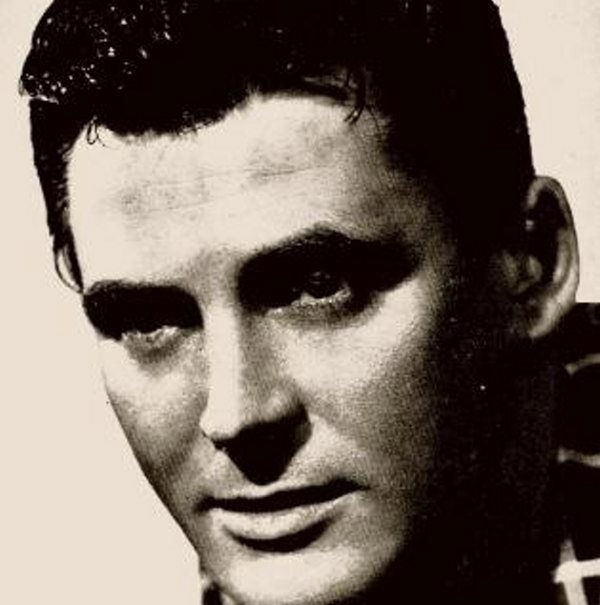 Russ Conway (2 September 1925 – 16 November 2000) was a British popular music pianist. Conway had 20 piano instrumentals in the UK Singles Chart between 1957 and 1963, including two number one hits.Russ Conway was born Trevor Herbert Stanford in Bristol England. He won a scholarship to Bristol Cathedral Choir School and was largely self-taught on piano as he whiled away hours as a youngster during a three-year term in borstal. His father then let him join the Merchant Navy.
Conscripted into the Royal Navy 1942, he served in the Merchant Navy from 1942 to 1948, and was awarded the Distinguished Service Medal as signalman in a minesweeping flotilla “for distinguished service, efficiency and zeal” in clearance of mines in the Aegean and operations during the relief of Greece 1944-45. During his Navy service he lost the tip of his 3rd finger right hand while using a bread slicer. He was discharged on health grounds because of a stomach ulcer.

Russ Conway was talent-spotted while playing in a London club, signed to EMI’s Columbia label and spent the mid 1950s providing backing for artists on their roster, including Gracie Fields and Joan Regan. He recorded his first solo single “Party Pops” in 1957, a “medley of standard songs” which included “Roll the Carpet Up” and “The Westminster Waltz”.

Between 1957 and 1963 Conway had 20 U.K. chart hits, achieving a cumulative total of 83 weeks on the UK Singles Chart in 1959 alone. This included two self-penned number one instrumentals, “Side Saddle” and “Roulette”, the latter deposing Elvis Presley’s “A Fool Such As I”. He was a fixture on light entertainment TV shows and radio for many years afterwards, appearing at the London Palladium on a number of occasions and becoming a regular on the Billy Cotton Band Show for several seasons.

His career was blighted by ill health, including a nervous breakdown and subsequently a stroke, which prevented him from performing between 1968 and 1971. He also at times drank heavily and smoked up to 80 cigarettes a day. He was prescribed anti-depressants and had periods of severe self-doubt. But he kept up playing. Having been diagnosed with stomach cancer in the late 1980s, in 1990 he founded the Russ Conway Cancer Fund with his friend, writer and broadcaster Richard Hope-Hawkins, and they staged charity gala shows in major theatres that raised thousands of pounds for cancer charities.
He appeared as himself in French and Saunders’ 1994 Christmas special, playing “I Like It” in their spoof of The Piano.

Russ Conway, who never married, died on 16 November 2000. Richard Hope-Hawkins delivered the main eulogy at Conway’s funeral held at the historic St Mary’s Church, Redcliffe, Bristol. Elton John sent a wreath. In 2001 Hope-Hawkins devised, staged and directed a tribute to Conway at the Colston Hall, Bristol, with an all-star cast. The £11,000 raised by the event was donated to St Peter’s Hospice, Bristol.