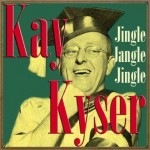 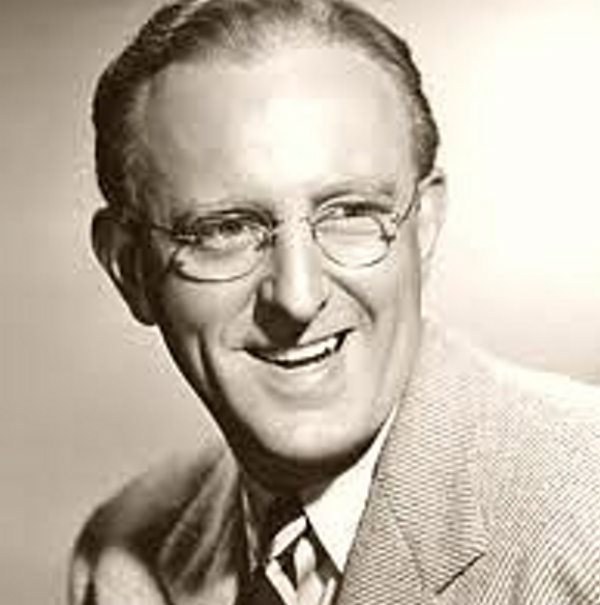 He was born in Rocky Mount, North Carolina, the son of pharmacists Paul Bynum Kyser and Emily Royster (Howell) Kyser. Editor Vermont C. Royster was his cousin. Kyser graduated from the University of North Carolina at Chapel Hill with a Bachelor of Arts degree. He was also senior class president. Because of his popularity and enthusiasm as a cheerleader, he was invited by Hal Kemp to take over as bandleader when Kemp ventured north to further his career. He began taking clarinet lessons but was better as an entertaining announcer than a musician. He adopted the initial of his middle name as part of his stage name, for its alliterative effect.

Long before his national success, Kay Kyser recorded two sessions for Victor in the late 1920s (Camden, NJ in November, 1928 and Chicago in early 1929). These were issued on Victor’s V-40000 series devoted to country music and regional dance bands.

Following graduation, Kay Kyser and his band, which included Sully Mason on saxophone and arranger George Duning, toured Midwest restaurants and night clubs and gradually built a following. They were particularly popular at Chicago’s Blackhawk restaurant, where Kyser came up with an act combining a quiz with music which became “Kay Kyser’s Kollege of Musical Knowledge.” The act was broadcast on the Mutual Radio in 1938 and then moved to NBC Radio from 1939 to 1949. The show rose in the ratings and spawned many imitators. Kyser led the band as “The Ol’ Perfessor,” spouting catchphrases: “That’s right—you’re wrong”, “Evenin’ folks, how y’all?” and “C’mon, chillun! Le’s dance!”

AlthoughKay Kyser and his orchestra gained fame through the “Kollege of Musical Knowledge,” they were an excellent band in their own right. They had 11 number one records, including some of the most popular songs of the late 1930s and early 1940s.

Unlike most other big bands of the era, which centered around only the bandleader, individual members of Kyser’s band became stars in their own right and would often receive the spotlight. Some of the more popular members included vocalist Harry Babbitt, cornetist Merwyn Bogue (aka Ish Kabibble), trombonist Bruce King, saxophonist Jack Martin (who sang lead vocal on the number one hit, “Strip Polka”), Ginny Simms (who had her own successful acting and singing career after leaving Kyser’s band), Sully Mason, Mike Douglas (years before he became a popular TV talk show host) and Georgia Carroll. Carroll, a blond fashion model and actress whose best-known role was Betsy Ross in Yankee Doodle Dandy, was dubbed “Gorgeous Georgia Carroll” when she joined the group in 1943. Within a year, she and Kyser married.

Kay Kyser was also known for singing song titles, a device copied by Sammy Kaye and Blue Barron. When the song began, one of the band’s lead singers (usually Babbitt) sang the title phrase, and then the first verse or two of the song was performed instrumentally before the lyrics resumed. Several of his recordings spawned catch phrases, such as “Praise the Lord and Pass the Ammunition.” His group also had a major hit with the novelty tune, “Three Little Fishes.”

“Kay left a strong recording legacy in American popular music, including his ‘Kollege of Musical Knowledge,’ ” said Babbitt. “I’m very fortunate and proud to have been an integral part of that band and that legacy.” Some of the band members, including Babbitt and Kabibble, noted that Kyser was difficult to know personally. “Kay was a businessman,” explained Babbitt. “We all liked him and liked what he stood for. He was first class. It’s sad to say, but there are an awful lot of people who don’t remember Kay Kyser.”
On February 26, 1941, Kay Kyser was the first bandleader to perform in front of military personnel.
During the Swing Era,Kay Kyser, Hal Kemp and Tal Henry often performed in or near New York City, making possible a reunion of North Carolina musicians. Later, after retirement, Kyser and Henry got together to share music world memories.

During the late 1930s and early 1940s, Kyser’s band appeared in several motion pictures, usually as themselves, beginning with the successful That’s Right You’re Wrong (1939), You’ll Find Out (1940), Playmates (1941 film) and My Favorite Spy (1942 film). Some of the films built a plot around the band. Around the World (1943) fictionalized the band’s international tours of military camps, and Swing Fever of 1943 supposed that Kyser was blessed with a hypnotic eye. In Carolina Blues (1944), Kyser has to replace his lead singer (Carroll) who has run off to get married. Caught in a jam, he reluctantly hires the daughter of a powerful defense plant owner, played by Ann Miller. Two of the band’s best-known performance appearances were in 1943 when they appeared in the wartime films Stage Door Canteen and Thousands Cheer, both of which were produced to boost the morale of troops and their families.

Kay Kyser also appeared as a light comedian; he acted with (and was billed above) John Barrymore in John Barrymore’s final film Playmates (1941). Kyser is the dupe in a scam where Barrymore pretends to teach him how to act in Shakespearean drama. Kyser’s personal performing style was enthusiastic and comical. Unlike most bandleaders of the time, Kyser danced and sang with his band, as illustrated during the group’s performance of “I Dug a Ditch” in Thousands Cheer and other film appearances.

After the war, Kyser’s band continued to record hit records, including two featuring Jane Russell as vocalist. It’s All Up to You features vocals by Frank Sinatra and Dinah Shore, although Kyser’s participation in this recording is disputed, record label showing Axel Stordahl as conductor. Kyser had intended to retire following the end of the war, but performance and recording contracts kept him in show business for another half decade. During this time, Kyser made a cameo appearance in a Batman comic book. Kyser was first to introduce the new sonic audio process called the ‘sonovox’, a singing electronic voice triggered by music. The Sonovox would be used by Jingle Companies such as PAMS and JAM Creative Productions, and said jingles would be used in heavy rotation by rock radio stations like WABC, WMEX, WXYZ, KONO, WKDA, WHTZ, to name a few.

In 1949 and 1950, “Kay Kyser’s Kollege of Musical Knowledge” aired on NBC-TV. In addition to Kyser, the TV show featured Ish Kabibble and vocalists Mike Douglas, Sue Bennett and Liza Palmer, plus The Honeydreamers vocal group and the dance team of Diane Sinclair and Ken Spaulding. Ben Grauer was the announcer during the first season. Always the businessman, Kyser reunited his band especially for this series and just as quickly disbanded it when the show ended.
After a four-year hiatus, the “Kollege of Musical Knowledge” was revived by Tennessee Ernie Ford, prior to the launching of his own NBC program, The Ford Show from 1956-1961.

Kyser converted to the Church of Christ, Scientist sometime between 1944 and 1946, despite the fact his mother had been the first female pharmacist in his home county. Nevertheless, he had become interested in Christian Science when conventional medicine did not relieve his problems with arthritis. It was this arthritis which is often cited as one of the reasons Kyser retired from performing in 1950. In the early 1960s, several members of the Kay Kyser team (including Kabibble and Simms but not Kyser) reunited to record an album of new versions of Kyser’s greatest hits.

In the 1970s, Kay ran the film and television department of the Christian Science Church in Boston. He was a Christian Science practitioner, teacher, and lecturer. In 1983 he was made President of the First Church of Christ, Scientist, Boston, a one-year position. He referred to it as “honorary,” joking “I haven’t been elected Pope or anything…”
Kyser and Georgia Carroll remained married until his death. They had three children. He died in Chapel Hill, North Carolina.
Kyser was inducted into the North Carolina Music Hall of Fame in 1999.
The University of North Carolina at Chapel Hill is custodian of a large archive of documents and material about Kyser which was donated by his widow and made available to the public on April 8, 2008.