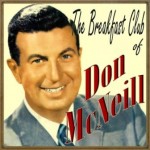 The Breakfast Club Of Don McNeill 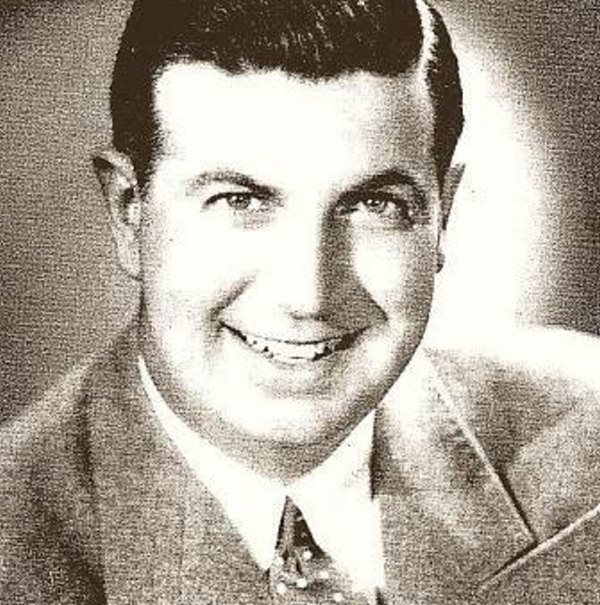 Don Mcneill was born in Galena, Illinois, son of Harry T. McNeill and Luella R. Weinberger. The family soon moved to Wisconsin, where McNeill graduated from Marquette University in Milwaukee. He was a first cousin of United States Secretary of Defense Caspar Weinberger, as their mothers were sisters-in-law.

(McNeills’ mother Luella Weinberger was the older sister of Caspar Weinberger’s father.) Don Mcneill began his radio career in Milwaukee in 1928, first as a script editor and announcer at The Milwaukee Sentinel’s WISN, and later working for crosstown competitor WTMJ, owned by Sentinel rival The Milwaukee Journal. McNeill moved on to Kentucky, working for the Louisville Courier-Journal’s station, WHAS. This was followed by working in San Francisco as a comedy act with singer Van Fleming, called “The Two Professors.” following a failed career move to New York City, McNeill returned to Illinois in 1933.

Don Mcneill applied for a job at NBC and was sent to Chicago to audition. He was assigned to host an unsponsored early morning variety show called The Pepper Pot, which had an 8 AM time slot on the NBC Blue Network (later to become ABC radio). McNeill re-organized the hour show as The Breakfast Club, dividing it into four segments he called “the four calls to breakfast.”

The show premiered on June 23, 1933, with informal talk and jokes based on topical events, and often included audience interviews. In its final form, the show featured piano music and vocal groups and soloists, with recurring comedy performers. Don Mcneill gained a sponsor, Swift and Company. McNeill is credited as the first performer to make morning talk and variety a viable format in radio. (Countless local shows even now refer to themselves as The Breakfast Club).

Don Mcneill attempted to transfer the show to television as Don McNeill’s TV Club (1950–1951). The Breakfast Club was simulcast on television in 1954-1955. McNeill appeared occasionally on game shows, and in 1963 hosted a short-lived game show Take Two, built around photo comparisons.

Don McNeill’s Breakfast Club was inducted into the Radio Hall of Fame in 1989. McNeil died seven years later in 1996.