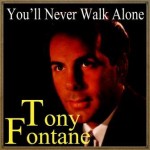 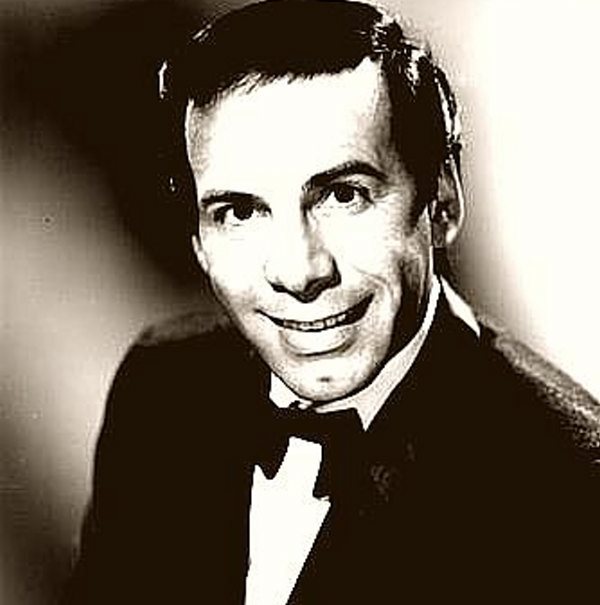 Tony Fontane (1925–1974) was a popular American recording artist in the 1940s and 1950s who, following a near-fatal car accident in 1957, gave up his popular career to pursue one as a gospel singer. Thanks to his high, clear tenor voice and unrelenting sense of purpose, he became one of the world’s most famous gospel singers, performing in concert halls and churches around the globe and recording many quality albums for RCA.

He was born Anthony Trankina on September 18, 1925 in Ann Arbor, Michigan, the son of Joseph and Raphaella Trankina. His father, a railroad worker for the Michigan Central Railroad, converted to Christianity in 1929 and a few years later moved the family to Grand Forks, North Dakota, where he operated a mission. The family lived in poverty, and Tony Trankina grew up despising the mission and its work. It was during this time that he developed a strong hatred for all things religious, a hatred that later developed into full-fledged atheism.

From an early age he showed an interest in singing. He became accomplished enough that he frequently sang in church services at the mission and, while still in high school, won the Dakota State Achievement award in a vocal contest. He was offered a musical scholarship with the state university, but Tony—exhibiting the youthful urge to escape his surroundings—ran off with a dance band wearing a mascara mustache to disguise his age. Six weeks after a statewide alarm was issued, he was returned home.

He was allowed to move to Chicago to live with an aunt, and it was there that he tried unsuccessfully to break into show business while still in high school. But World War II beckoned, and at 17 he lied about his age to join the Coast Guard. After the war, he assumed the stage name of Tony Fontane and moved to New York, looking for work as a singer, but success was slow in coming. Persistence, and his soaring, lyric tenor voice, gave him a spot on the Major Bowes Original Amateur Hour, which he won. Fontane became an instant sensation and was one of only two performers on the Amateur Hour to ever be called back for an encore – the first being Frank Sinatra.

Moving once more to Chicago, Tony Fontane enjoyed great success on television shows such as “Teen Town”, “The Tony Fontane Show”, and “Top Tunes With Trendler”. He appeared on the shows of Ed Sullivan, Steve Allen, Paul Whiteman, and Eddie Bracken, and became a sought-after nightclub and Las Vegas act. A recording contract with Mercury Records led to his hit single, “Cold, Cold, Heart” (Mercury 5693) in November 1951. While Tony Bennett took the song to #1 on the pop chart that year, Fontane’s version of the song reached #28 on the Hit Parade, surpassing the version by Hank Williams, who wrote the song.

Tony Fontane married actress Kerry Vaughn  on May 2, 1950 and toured with her in Australia in the musical comedy, “Zip Goes a Million”. Vaughn, a golden-haired beauty who once performed as a stand-in for Lana Turner and appeared in the now cult classic “Prehistoric Women” became known in Australia as a second Marilyn Monroe. She and Fontane were quite popular abroad and appeared on the covers of many magazines. The couple had a daughter, Char Fontane (born January 12, 1952; died April 1, 2007).

On the afternoon of September 3, 1957, Tony Fontane finished a rehearsal for a television special at NBC and was driving to his home in Canoga Park, Los Angeles, California, when another motorist ran a red light and plowed into the driver’s side of Fontane’s sports car. It took rescue workers more than 2½ hours to extricate the singer from his vehicle; one person on the scene took his pulse and declared that he was dead. In fact, he was barely alive, and was rushed to the hospital where he remained in a coma, on the brink of death, for 30 days. His injuries included two broken legs, a crushed chest, massive head injuries, broken ribs, cracked vertabrae, and severe internal injuries.

Tony Fontane later wrote that while he was in his coma, he had a vision that God came to him and offered him one more chance. When he came out of his coma, Fontane not only gave up atheism but converted to Christianity. When he abandoned his popular career and refused to sing anything other than gospel music, he was sued by the William Morris Agency for breach of contract and lost everything.

Once again living in extreme poverty, Fontane made the rounds of churches asking to sing for them. Fontane got his break in the gospel music industry when Phil Kerr, organizer of the Monday Night Musicals at the Pasadena Civic Auditorium, asked him to perform in concert, and following that appearance, Fontane became one of the busiest gospel singers in the world. He recorded albums, made a film about his life’s story, performed in churches, civic auditoriums, schools, military bases and concert halls.

Tony Fontane continued his busy performance schedule throughout the 1960s and into the early 1970s, even traveling several times to Vietnam to sing for American troops stationed there. He also performed for four U.S. Presidents—Dwight D. Eisenhower, John F. Kennedy, Lyndon B. Johnson and Richard M. Nixon. But his life began to unravel in 1973 when he was diagnosed with prostate cancer and given only a year to live. Despite undergoing several unsuccessful operations, he continued to sing. Four days before his death, he went to an Orange County, California, church where two men—one on each side of him—helped stand him up for his last concert. He sang “Just As I Am”. Two days later his pancreas ruptured and he was rushed to a Canoga Park hospital.