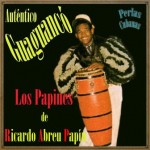 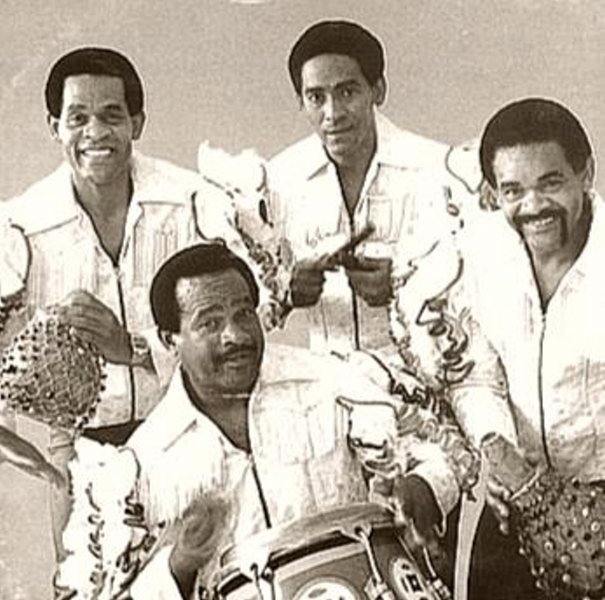 Based in Habana, Los Papines is one of Cuba’s top rumba bands. From an announcement by La Peña Cultural Center in Berkeley:

Los Papines are a world-renowned master percussion quartet. Their spontaneity combined with their African sounds make their concert an experience full of rhythm, energy and pleasure. But what makes them different is their way of playing the drums or golpe de cuero y canto giving the public a taste of the original rumba cubana. They are also known as The Kings of Rumba.

Los Papines are the four brothers Abreu born in Marianao, Cuba, cradle of the best rumba musicians, among them one of the greatest, Chano Pozo.

As children, Luis, Alfredo, Jesus, and Ricardo started playing rumbas on cans, then with codfish boxes,and later with tumbadoras, quintos, claves and cucharas (spoons). In the 50’s Ricardo created Papin y sus Rumberos and finally in 1962, the four brothers united and started playing together as Los Papines.

They began playing guaguanco, cumbia, yambo, jiribillas and especially rumbas. Other rhythms such as boleros and son come along later. They started to work as professional musicians in cabarets and nightclubs such as Tropicana.

Los Papines have taken their music around the world and have shared the stage with renown musicians such as; Panchito Berejano, Manteca, Daria Nasaco, Chicho from Benni More’s Orchestra, Ray Barreto, Mongo Santamaría. Roberto Roena, Tito Puente, Oreste Vilató and many others.”