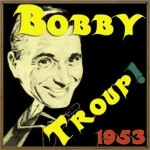 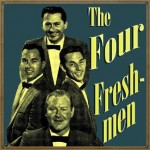 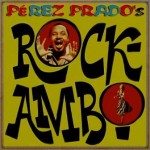 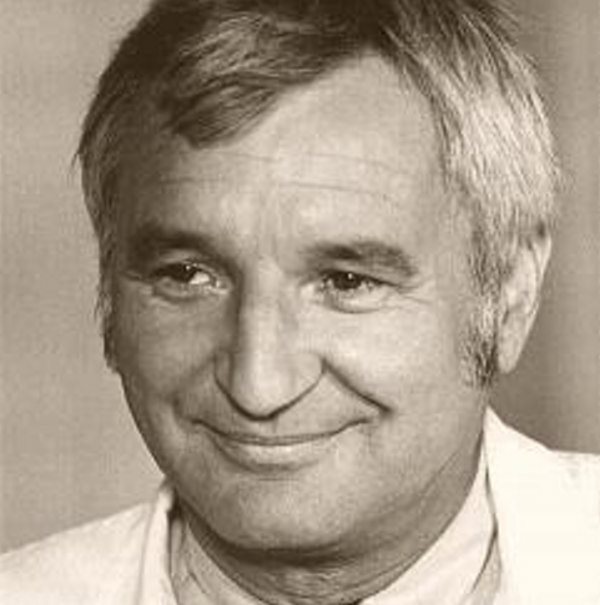 Bobby Troup, Robert W. “Bobby” Troup Jr. (October 18, 1918 – February 7, 1999) was an American actor, jazz pianist and songwriter. He is best known for writing the popular standard “(Get Your Kicks On) Route 66”, and for his role as Dr. Joe Early, opposite his real-life wife Julie London’s character, in the 1970s US TV series, Emergency!

Bobby Troup was born in Harrisburg, Pennsylvania. He graduated from The Hill School, a preparatory school in Pottstown, Pennsylvania, in 1937. He went on to graduate Phi Beta Kappa from the Wharton School at the University of Pennsylvania with a degree in economics. He was a member of the Sigma Alpha Epsilon (ΣΑΕ) fraternity and the Mask and Wig Club.His earliest musical success came with the song “Daddy” which was a regional hit in 1941. Sammy Kaye and His Orchestra recorded “Daddy”, which was number one for 8 weeks on the Billboard Best Seller chart and the number five record of 1941. Glenn Miller and His Orchestra performed “Daddy” on their radio broadcasts, and The Andrews Sisters also recorded the song. In the same year, Troup’s song “Snootie Little Cutie” was recorded by Frank Sinatra and Connie Haines with the Tommy Dorsey Orchestra and the Pied Pipers.Upon graduating from college in 1941 he enlisted in the US Marines, but did not receive orders until January 1942. After completing officer training, he was assigned as one of two dozen white officers to direct recruit training at Montford Point, recruit depot for the first African-American Marines. By spring of 1943 he became recreation officer, in which capacity he was able to spearhead improvements to the facilities at Montford, including building a recreation hall, basketball court, and outdoor boxing ring. He was even able to get a friend to install a miniature golf course. During this time he composed the song “Take Me Away From Jacksonville” which was to become an anthem of sorts for the Marines at Montford Point, even extending to other areas of Camp Lejeune. By numerous accounts Troup was the most popular officer among the Montford recruits. In October 1944 he was promoted to Captain, given command of a depot company, and eventually deployed to Saipan where he served to the end of the war.

Bobby Troup’s first marriage was to Cynthia Hare. They were married in May 1942 and had two daughters, Cynnie Troup (b. 1943) and Ronne Troup (b. 1945), both of whom had careers in the entertainment industry.
In 1946, Nat King Cole had a hit with Troup’s best known song “(Get Your Kicks On) Route 66”. It became a popular standard recorded by many artists, including Chuck Berry (1961) and The Rolling Stones (1964). In 1987, Depeche Mode combined the tune with their own composition, “Behind the Wheel”, released it as the B-side of “Behind the Wheel” and it became a radio hit on KROQ 106.7 FM in Los Angeles. In 2006, “Route 66” was featured in the animated movie Cars, and the movie RV with Robin Williams.

Bobby Troup met his second wife, torch singer Julie London, at the Celebrity Room, where he was singing. It was Troup who encouraged London to pursue her singing career, and in 1955 he produced her million selling hit record “Cry Me a River”. London, previously married to actor Jack Webb (1947 to 1953), married Bobby Troup in 1959. They remained married until Troup’s death in 1999.
Troup’s own recordings in the 1950s and 1960s were not commercially successful. He made recordings for Liberty Records and Capitol Records, many with musicians from the West Coast jazz scene.

Bobby Troup also wrote the title song (sung by Little Richard) in the classic 1950s rock and roll movie The Girl Can’t Help It. An instrumental rendition of his song “The Meaning of the Blues” appeared on the landmark Miles Davis album, Miles Ahead. Troup’s hipster interpretation of the fairy tale “The Three Bears” is often erroneously credited to “anonymous” and re-titled “Three Bears Rap”, “Three Bears with a Beat”, etc. This song was first recorded by the Page Cavanaugh Trio and later by Western Swing bandleader Leon McAuliffe.

Circa 1969 Bobby Troup collaborated with entertainer Tommy Leonetti, penning the lyrics for Leonetti’s song “My City of Sydney”. Leonetti’s original recording was used for many years in the close-down sequence for TV station ATN-7 in Sydney, and was also covered by Sydney punk band XL Capris.

In February 1999, Troup died at UCLA Medical Center of a massive heart attack; he was buried at Forest Lawn Memorial Park in the Hollywood Hills. His wife, Julie London died the following year, and her cremated remains were placed in the columbarium (Columbarium of Providence) niche, next to his.In the mid-1950s, Bobby Troup was one of three regular panelists (along with Mel Blanc and Johnny Mercer) in the game show Musical Chairs, a Bill Leyden-hosted quiz program that aired locally on Los Angeles television for two years before NBC broadcast it in the summer of 1955. On the program, the viewing audience was encouraged to submit questions about music in an effort to stump the panel. The Troup Group provided much of the music in the game show. He also served as host of the ABC show Stars of Jazz featuring various jazz luminaries, particularly those working in Hollywood.While he relied on songwriting royalties, Troup also worked as an actor, playing musician Tommy Dorsey in the film The Gene Krupa Story (1959). He played himself in the short-lived NBC television series Acapulco. Bobby Troup made three guest appearances on Perry Mason, and on two appearances, “The Case of the Jaded Joker” in 1959 and “The Case of the Missing Melody” in 1961, he showed his musical talents. In 1969 and 1970, he appeared as “Bobby” in two episodes of Mannix, where he was a lounge piano player who helped Mannix unravel cases. He again appeared as a piano player in a cameo on The Hardy Boys/Nancy Drew Mysteries in 1978.

In Robert Altman’s 1970 film M*A*S*H he had a memorable cameo as a disgruntled staff sergeant assigned to driving Hawkeye and Trapper John around in Japan. (His only line of dialogue is a repeated exasperation, “Goddamn army!”) In 1972, Jack Webb, who had previously used Troup in a 1967 episode of the television series Dragnet, cast him opposite Julie London in the US TV series Emergency!. Emergency! was created by Webb, who had recently starred in a revival of Dragnet and was producing NBC’s popular Adam-12. London and Bobby Troup had remained on cordial terms with Webb, who had used Troup (and his daughter Ronne) in episodes of Adam-12 as well as the revived Dragnet. On Emergency! Troup played Dr. Joe Early, one of the two emergency room doctors featured on the series, while London played head nurse Dixie McCall.