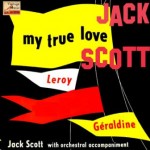 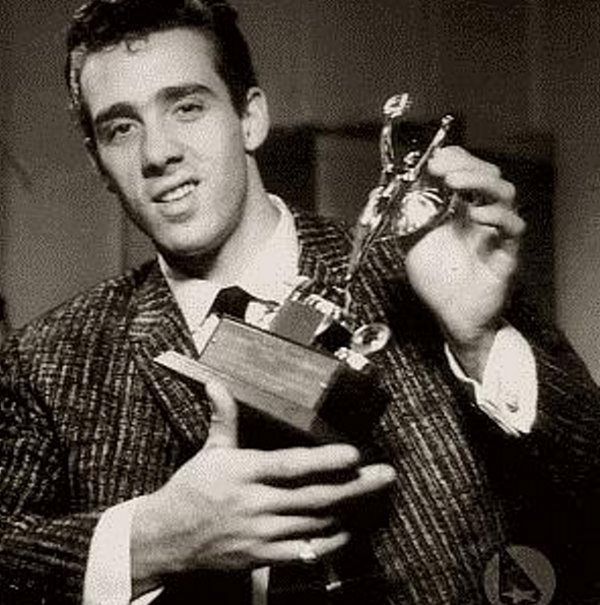 Jack Scott (born Giovanni Domenico Scafone Jr., January 24, 1936, Windsor, Ontario, Canada) is a Canadian/American singer and songwriter. He was the first white rock and roll star to come out of Detroit, Michigan. He was inducted into Canadian Songwriters Hall of Fame in 2011 & has been called “undeniably the greatest Canadian rock and roll singer of all time.”

Jack Scott spent his early childhood in Windsor across the river from Detroit. When he was 10, Scott’s family moved to Hazel Park, a Detroit suburb. He grew up listening to hillbilly music and was taught to play the guitar by his father. As a teenager, he pursued a singing career and recorded as ‘Jack Scott.’ At the age of 18, he formed the Southern Drifters. After leading the band for three years, he signed to ABC-Paramount Records as a solo artist in 1957.

After recording two good-selling local hits for ABC-Paramount in 1957, he switched to the Carlton record label and had a double-sided national hit in 1958 with “Leroy” (#11) / “My True Love” (#3). The record sold over one million copies, earning Scott his first gold disc. Later in 1958, “With Your Love” (#28) reached the Top 40. In all, six of 12 songs on his first album became hit singles. On most of these tracks, he was backed up by the vocal group, the Chantones.

At the beginning of 1960, Scott again changed record labels, this time to Top Rank Records. He then recorded four Billboard Hot 100 hits – “What In the World’s Come Over You” (#5), “Burning Bridges” (#3) b/w “Oh Little One” (#34), and “It Only Happened Yesterday” (#38). “What In the World’s Come Over You” was Scott’s second gold disc winner. Scott continued to vacillate between cowboy crooner and rough-edged rocker throughout the remainder of the 1960s and 1970s, recording for a variety of labels, including Capitol, Groove and Dot. In 1974, he managed to have a minor country music hit with his Dot single “You’re Just Gettin’ Better.” In May 1977, Scott recorded a Peel session for BBC Radio 1 disc jockey, John Peel.

Scott had more U.S. singles (19), in a shorter period of time (41 months), than any other recording artist – with the exception of The Beatles. Scott wrote all of his own hits, except one: “Burning Bridges.”

His legacy ranks him with the top legends of rock and roll. It has been said that “with the exception of Roy Orbison and Elvis Presley, no white rock and roller of the time ever developed a finer voice with a better range than Jack Scott, or cut a more convincing body of work in Rockabilly, Rock and Roll, Country-Soul, Gospel or Blues”.
In 2011 he was inducted into the Canadian Songwriters Hall of Fame. More recently Jack Scott was nominated for the Hit Parade Hall of Fame. He is still actively singing and touring today and resides in a suburb of Detroit.