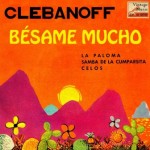 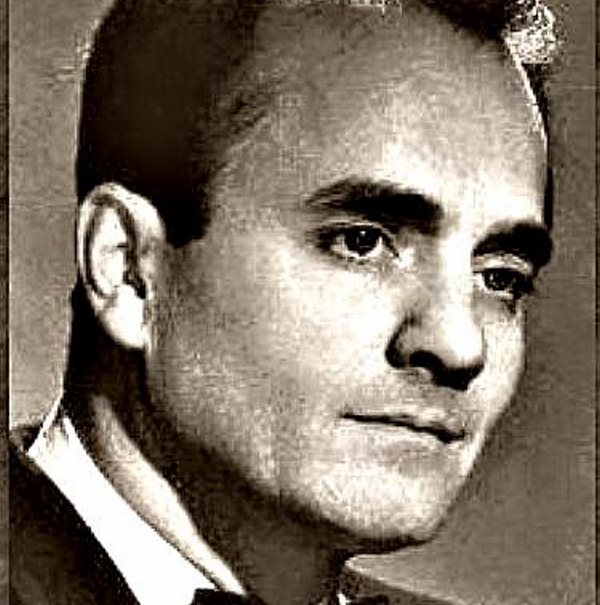 Maestro Clebanoff led Mercury Records’ answer to Mantovani and the other string groups that were a mandatory element of any self-respecting space age pop label’s repertoire. Son of Russian emigrants, Clebanoff grew up in Chicago, where he bagen studying the violin at the age of five. By the time he was in high school, he was already an experienced concertmaster and first chair violinist in several string quartets. By age twenty, he was both concertmaster of the Chicago Civic Orchestra and youngest member of the Chicago Symphony.

He took a step down and joined Illinois’ Works Progress Administration (WPA) symphony in 1939, with which he toured and played to a wide variety of audiences. He also met and married his wife, Helen Margolyne, a soprano with the Chicago Civic Opera, during this time. He returned to Chicago and became a staff musician with NBC radio. In 1943, he took a leave of absence to work in New Orleans for two years as the concertmaster and assistant conductor of the New Orleans Symphony.

He returned to NBC in Chicago in 1945 and spent the next 10 years as concertmaster for the orchestra, playing everything from classical repertory to popular tunes to incidental music. Working for the network also exposed him to the technology and techniques of sound recording. Mercury’s Chicago music director, David Carroll brought him to the label, and Clebanoff’s first album, Moods in Music—grabbing on the coattails of George Melachrino’s then-successful series of mood music albums for RCA Victor—was released.

Herman Clebanof moved to Los Angeles around 1960 as Mercury consolidated its recording activities in Hollywood, and continued to produce a steady series of albums for the label well into the mid-1960s. As time went by, his material shifted from light classical and pop standards to current hits, leading to such interesting, if not entirely successful, specimins as a cover of the surf standard, “Pipeline.”