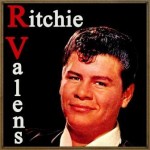 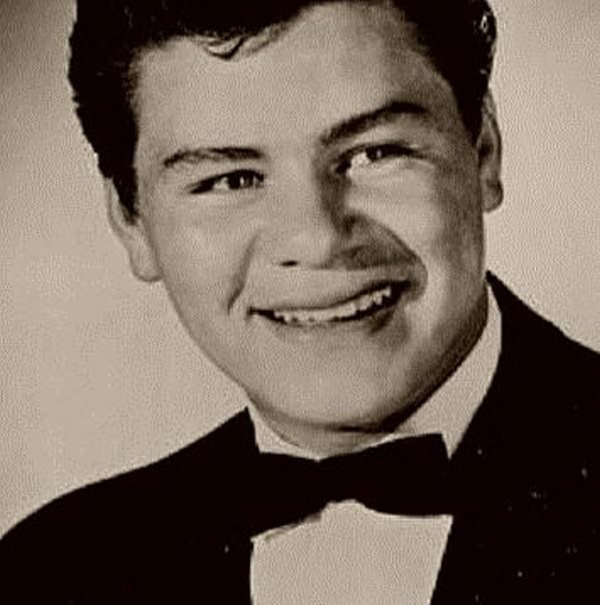 Ritchie Valens was born in Pacoima, a neighborhood in the San Fernando Valley region of Los Angeles, on May 13, 1941. His parents were Joseph Steven Valenzuela and Concepcion Reyes. Brought up hearing traditional Mexican mariachi music, as well as flamenco guitar, R&B and jump blues, he expressed an interest in making music of his own by the age of 5.

He was encouraged by his father to take up guitar and trumpet, and later taught himself the drums. One day, a neighbor came across Ritchie trying to play a guitar, that had only two strings. He re-strung the instrument, and taught Ritchie the fingerings of some chords. While Ritchie was left-handed, he was so eager to learn the guitar that he mastered the traditionally right-handed version of the instrument.

Ritchie Valens had attended Pacoima Junior High School (now Pacoima Middle School). By the time he was attending junior high school, his proficiency on the guitar was such, that he brought the instrument to school and would sing and play songs to his friends on the bleachers.

When he was sixteen years old, he was invited to join a local band named ‘The Silhouettes’ as a guitarist. Later, the main vocalist left the group and Ritchie assumed this position as well. In addition to the performances with The Silhouettes, he would play solo at parties and other social events.

A self-taught musician, Ritchie Valens was an accomplished singer and guitarist. At his appearances, he often improvised new lyrics and added new riffs to popular songs while he was playing. This is an aspect of his music that is not heard in his commercial studio recordings.

In May 1958, Bob Keane, the owner and President of Del-Fi Records, a small Hollywood record label, was given a tip by San Fernando High student Doug Macchia about a young performer from Pacoima by the name of Richard Valenzuela (Little Richard of the Valley). Keane, swayed by the Little Richard connection, went to see Valenzuela play a Saturday morning matinée at a movie theater in San Fernando. Impressed by the performance, he invited Ritchie to audition at his home in the Silver Lake area of Los Angeles, where he had a small recording studio in his basement. The recording equipment comprised an early stereo recorder (a two-track Ampex 601-2 portable), and a pair of Neumann U-47 condenser microphones. He also had a nephew named Magdalena Joya in Sacramento, California.

After this first audition, Keane decided to sign Ritchie to Del-Fi, and a contract was prepared and signed on May 27, 1958. It was at this point that he took the name Ritchie, because, as Keane said, “There were a bunch of ‘Richies’ around at that time, and I wanted it to be different.” Similarly, it was Keane who decided to shorten his surname to Valens from Valenzuela, in order to broaden his appeal.

Several songs, that would later be re-recorded at Gold Star Studios in Hollywood, were first demoed in Keane’s studio. The demos primarily consisted of Ritchie singing and playing guitar, but some of them also featured drums. These original demos can be heard on the Del-Fi album Ritchie Valens — The Lost Tapes’.’ As well as the aforementioned demos, two of the tracks laid down in Keane’s studio were taken to Gold Star Studios and had additional instruments dubbed over to create full-band recordings. “Donna” was one track (although there are two other preliminary versions of the song, both available on The Lost Tapes), and the other was an instrumental entitled “Ritchie’s Blues.”

After several songwriting and demo recording sessions with Keane in his basement studio, Keane decided that Ritchie was ready to enter the studio with a full band backing him. Amongst the musicians were Rene Hall, Carol Kaye, and Earl Palmer. The first songs recorded at Gold Star Studios, at a single studio session one afternoon in July 1958, were “Come On, Let’s Go,” an original (credited to Valens/Kuhn, Keane’s real name), and “Framed,” a Leiber and Stoller tune. Pressed and released within days of the recording session taking place, the record was a success. Valens’ next record, a double A-side, which was the final record to be released in his lifetime, had the songs “Donna” (written about a real girlfriend), coupled with “La Bamba.”

At this point, in the autumn of 1958, Valens quit high school to concentrate on his career. Keane booked appearances at venues all across the United States and performances on television programs. Valens, however, had a fear of flying brought on by a freak accident at his Pacoima Junior High School, when two airplanes collided over the playground, killing or injuring several of his friends. Valens was not at school that day as he was attending his grandfather’s funeral.

He eventually succeeded in overcoming his fear enough to travel by airplane. One of his first stops was Philadelphia to appear on Dick Clark’s American Bandstand television show on October 6, where he sang “Come On, Let’s Go.” In November Ritchie traveled to Hawaii and performed alongside Buddy Holly and Paul Anka. Valens found himself a last-minute addition on the bill of legendary disc jockey Alan Freed’s Christmas Jubilee in New York City, singing with some of those who had greatly influenced his music, including Chuck Berry, Bo Diddley, the Everly Brothers, Duane Eddy, Eddie Cochran and Jackie Wilson. December 27 saw a return to American Bandstand, this time for a performance of “Donna.”

Upon his return to Los Angeles, Ritchie Valens filmed an appearance in Alan Freed’s movie Go Johnny Go! In the film he appears in a diner miming his song “Ooh! My Head” using a Gretsch 6120 guitar, the same model Eddie Cochran owned. In between the live appearances Ritchie returned to Gold Star Studios several times, recording the tracks that would comprise his two albums.

In early 1959, Ritchie Valens was traveling the Midwest on a multi-act rock-and-roll tour dubbed “The Winter Dance Party.” Accompanying him were Buddy Holly with a new back-up band including Tommy Allsup on guitar, Waylon Jennings on bass and Carl Bunch on drums. Dion and the Belmonts, J. P. “The Big Bopper” Richardson and Frankie Sardo. None of the other performers had backing bands so Buddy’s backup band filled in for all the shows.

Conditions for the performers on the tour buses were abysmal and the bitterly cold Midwest weather took its toll on the party. Carl Bunch had to be hospitalized with severely frostbitten feet and several others, including Ritchie Valens and the Big Bopper, caught colds. The show was split into two acts with Ritchie closing the first act. After Bunch was hospitalized, a member of the Belmonts, who had some drum experience (Carlo Mastrangelo), took over the drumming duties. When Dion and the Belmonts were performing the drum seat was taken by either Valens or Buddy Holly. There is a surviving color photograph of Ritchie at the drum kit.

After the February 2, 1959, performance in Clear Lake, Iowa, Holly, Richardson and Valens flew out of the Mason City airport in a small plane that Holly had chartered. Valens was on the plane because he had won a coin toss. The plane, a three-passenger Beechcraft Bonanza, departed for Fargo, North Dakota, and crashed shortly after takeoff in a snow storm. The crash killed all three passengers and the pilot Roger Peterson. At 17, Valens was the youngest to die on the flight. The event, along with Buddy Holly’s death, inspired singer Don McLean’s popular 1971 hit “American Pie,” and immortalized February 3 as “The Day the Music Died.” Ritchie Valens is interred at San Fernando Mission Cemetery in Mission Hills, California.