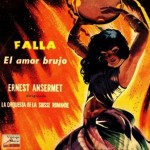 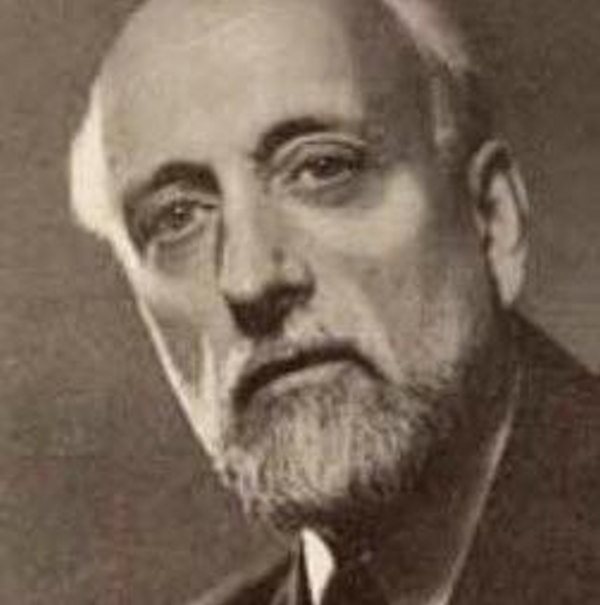 Ernest Ansermet was born in Vevey, Switzerland. Although he was a contemporary of Wilhelm Furtwängler and Otto Klemperer, Ansermet represents in most ways a very different tradition and approach from those two musicians. Originally he was a mathematics professor, teaching at the University of Lausanne.

He began conducting at the Casino in Montreux in 1912, and from 1915 to 1923 was the conductor for Diaghilev’s Ballets Russes. Traveling in France for this, he met both Debussy and Ravel, and consulted them on the performance of their works. During World War I, he met Stravinsky, who was exiled in Switzerland, and from this meeting began the conductor’s lifelong association with Russian music.

In 1918, Ernest Ansermet founded his own orchestra, the Orchestre de la Suisse Romande (OSR). He toured widely in Europe and America and became famous for accurate performances of difficult modern music, making first recordings of works such as Stravinsky’s Capriccio with the composer as soloist. Also, Ansermet was one of the first in the field of classical music to take jazz seriously, and in 1919 he wrote an article praising Sidney Bechet.

After World War II, Ansermet and his orchestra rose to international prominence through a long-term contract with Decca Records. From that time until his death, he recorded most of his repertoire, often two or three times.

His interpretations were widely regarded as admirably clear and authoritative, though the orchestral playing did not always reach the highest international standards, and they differed notably from those of other famous 20th-century specialists, notably Pierre Monteux and Stravinsky himself.

Ernest Ansermet disapproved of Stravinsky’s practice of revising his works, and always played the original versions. Although famous for performing much modern music by other composers such as Arthur Honegger and Frank Martin, he avoided altogether the music of Arnold Schoenberg and his associates, even criticizing Stravinsky when he began to use twelve-tone techniques in his compositions.

In his last years, he and his ensemble surprised many by issuing discs devoted to Haydn, Beethoven and Brahms. These performances were not at all conventionally Germanic, and were much criticized at the time of their appearance, but during recent years their vivacity has come to be appreciated more.

In May 1954, Decca recorded Ernest Ansermet and the orchestra in Europe’s first commercial stereophonic recordings. They went on to record the first stereo performance of the complete The Nutcracker by Tchaikovsky on LP (Artur Rodziński had already recorded a stereo performance on magnetic tape, but this had been released on LP only in mono). Ansermet also conducted early stereo recordings of Debussy’s Nocturnes and the Prélude à l’après-midi d’un faune.

Part of his recording of The Rite of Spring, augmented by a rehearsal recording unobtainable elsewhere, was used by Decca on the company’s 1957 stereo demonstration LP, A Journey into Stereo Sound. The conductor’s clear and methodical counting of beats is a distinct feature of this rehearsal sequence.

Ernest Ansermet was an ardent man who argued his opinions vehemently. He was notable in Britain for his argumentative rehearsals with British orchestras, who were used to the more jovial style of Sir Thomas Beecham or the more restrained manner of Sir Adrian Boult. His last recording, of Stravinsky’s The Firebird, was made in London with the New Philharmonia Orchestra, which included a recording of the rehearsal sessions made as a memorial to him. Another late recording for Decca, also issued as a memorial album, was with L’Orchestre de la Suisse Romande, and was devoted to Albéric Magnard’s Symphony No. 3 and Édouard Lalo’s Scherzo for Orchestra.

Ansermet composed some piano pieces and compositions for orchestra, among them a symphonic poem entitled Feuilles de Printemps (Leaves of Spring). He also orchestrated Debussy’s Six épigraphes antiques in 1939.
He died on 20 February 1969 in Geneva at the age of 85